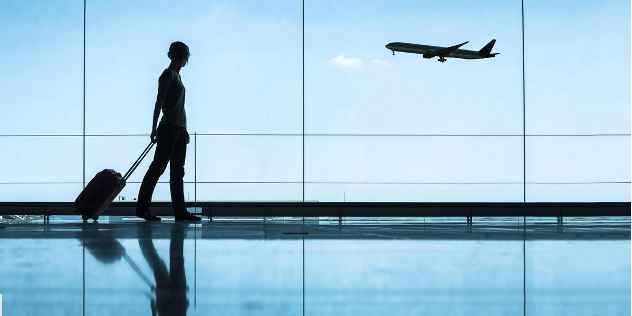 Exactly one month from now, -2 days, my son is going on a trip to Greece that was orchestrated by his high school. It has been in the works for most of the school year, but now it’s incredibly close to being reality. He hasn’t had much opportunity to travel since the death of my husband. What little traveling we did in the first few years after that tragedy was all within a few hour’s driving distances of our Long Island home, meaning it was always to New Jersey, Pennsylvania, or Connecticut.

Where will life take him?

I can easily envision my son deciding he wants to travel the world. This particular trip is about as safe as I could possibly hope because it’s arranged by his high school. The last thing a school wants to deal with is problems, so I know the tour guides and chaperones will be keeping a close eye on everyone and everything.

He’ll also be going on his senior trip to Florida in a couple of months. And then this summer, he wants to go for World Youth Day in Portugal.

Have I mentioned that I’m freaking out just a little bit?

During the next few hectic months, he’s also going to be trying to get his driver’s license, choose a college, and graduate from high school. Each of those milestones is brimming with emotions, things to worry about, and things to celebrate.

It doesn’t get easier, does it?

As I mentioned, my son isn’t my first or only child. You’d think this would be an “old hat” by now. Nope. If anything, it’s more difficult. My wonderful grandmother raised seven children and I remember her saying something to that effect on more than one occasion.

The milestones I mentioned and the trip to Greece are all part of the modern “rites of passage” that mark the change from childhood or adolescence into adulthood. They aren’t religious ceremonies like bar/bas mitzvahs and confirmations, not ancient tribal ceremonies. They aren’t female-centered traditions like Quinceaneras or Sweet Sixteens. And it’s not a single event or happening. I’m conscious, though, of the importance of all these things – of this time in his life.

When you look back, doesn’t it sometimes seem like that’s the way it happened? For most of us, it doesn’t happen quite that instantaneously.

I know my son is learning how to take up the mantle of responsible participation in the world. Not all adults are responsible adults, of course, but we certainly hope our children will be! I am aware that he has a solid sense of history and of the small part most individuals play in it. We all want our children to have a strong and positive sense of self, and of self-identity. It’s difficult for anyone to have a sense of purpose and confidence in their place in the world; it’s more difficult for somebody just emerging from adolescence to possess those things.

As much as I want to protect him against all the bad things and unkind people in the world, I am also conscious of the fact that I can’t do that forever. I couldn’t even always do that while he was in high school, although I tried to help minimize the damage and build his coping skills when he encountered mean people. But trying to do so for too long would hurt him in the end. Children must grow up and be able to be resilient; they can’t always depend on the refuge of familiarity. I know that my son has got to experience things firsthand and make choices and decisions in unfamiliar circumstances. How can I expect him to have faith and trust in himself if I don’t show faith and trust in him?

He is completely relaxed about the whole Greece trip. That’s good, I guess? I don’t want him to be worried and nervous about his upcoming international trip, but I’m surprised at how mellow he is about it. We went through multiple problems and such stress getting his passport that I think it’s great he’s not letting that angst carry over, but I still thought he’d have worries of some kind about the 9-day trip.

As he assured me, he’s good.

As for me, I’m not embarrassed to admit that I’ll be making sure he writes up a packing list, and then I’ll make sure he’s actually packed everything on the list. I’ll be tracking his flights. And I’ll be chewing on my fingernails periodically the whole time he is gone.

How do you cope with stressful situations such as these? It may not be for an older child, because there are plenty of rites of passage for younger children, too. Or maybe it’s situations with other loved ones in your life. Email me at frominhere@gmail.com about these or any other topics.