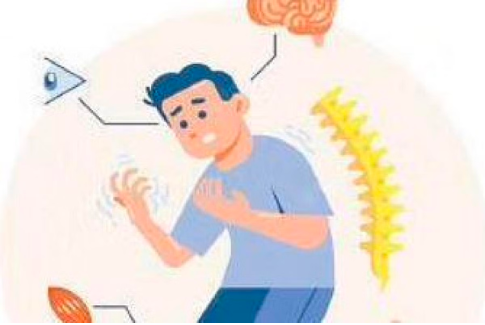 Multiple sclerosis is classified as a rare disease, but it’s not all that rare in reality. A few days ago, an actress who was performing on the long-running television show Dancing with the Stars, announced she was withdrawing from the competition for health reasons. She’d been doing well on the show, and it shocked people. The health reason? Complications with her multiple sclerosis.

There was an introductory video that proclaimed it would be Selma Blair’s final performance for the season with professional dancer Sasha Farber. The couple performed an elegant waltz.

When I heard this news, I didn’t recognize the name of the actress. But I looked into the news story and quickly realized once I saw her, that I did recognize her. I think her first big break was as one of the important girls in the movie legally blonde. Her resume includes other recognizable roles.

Very recently I re-ran an article I wrote about MS. It’s one of those things that people know about, but usually don’t really know about.

Multiple sclerosis, or MS, is an unpredictable disease that has an impact on the central nervous system. It can affect the brain, spinal cord, optic nerves, and/or any other part of the body. Consequences can include numbness, tingling, and a wide variety of pain levels. There is a whole array of many other possible symptoms. If you talk to 20 different people with multiple sclerosis, you’ll find that each experiences it differently. That’s a fact that also frequently makes it difficult to diagnose MS. Since her diagnosis in 2018, Blair has often been photographed using a cane to help her walk.

Blair had not hidden her medical situation from the world. She’d been in constant contact with her doctors during her time working with DWTS, which by the way, most people can’t afford to do. But the way health insurance treats MS is a whole story.

Her most recent check-in with her doctors didn’t go well. According to reports, before the start of rehearsals for this week’s competition, Blair told dance partner Farber, “I had these MRIs and the results came back and it just all adds up to I can’t… I can’t… I can’t go on with the competition. I pushed as far as I could.” Below is a video linked with Selma Blair discussing her MS.

In the video shown on the show, Blair explained that “With a chronic illness, you do have special considerations and my body is definitely taking a hit.” She explained,  “It’s way too much for the safety of my bones. There’s just intensive bone trauma and inflammation among rips and tears, so I could do extensive damage that, of course, I do not want.

Blair said that she wanted to leave the competition with “a last beautiful dance” with her partner. “This is a dance for everyone that’s tried and hoped that they could do more, but also have the power in realizing when it’s time to walk away.” Blair and Farber danced the waltz to Andra Day’s cover of “What the World Needs Now Is Love.” Their graceful performance received praise and perfect scores from the judges.

Other celebrities have revealed that they had or have multiple sclerosis over the years. Some have had to share the information because issues with walking or balance can make people mistakenly think the person with the condition is actually under the influence of drugs or alcohol. This can also cause people in regular types of careers to have to reveal their medical situation even when they’d rather not because people can erroneously come to the wrong conclusions.

What causes MS?
The cause of multiple sclerosis is unknown. It’s considered an autoimmune disease in which the body’s immune system basically messes up and attacks itself. Multiple sclerosis is a malfunction of the immune system that destroys the fatty substance that coats and protects nerve fibers in the brain and spinal cord (myelin). As I’ve explained before, myelin is like the coding on an electrical wire or charging cord. When a develops even a small crack in it, the electrical impulses of the nervous system are interrupted and mess things up. With your charging cord, the result can be your phone keeps beeping in that annoying way. With your nervous system, there are an infinite variety of possible results, ranging from annoying to dangerous.

Celebrities with MS
Selma Blair is in the headlines now, because of her MS, but she’s not the first celebrity to come forward about having it. Here are just a few names of other celebrities from different parts of the entertainment world who have revealed that they are coping with MS. If you’d like a more comprehensive list, let me know.

Christina Applegate
TV and film actress Christina Applegate announced on Twitter that she had been diagnosed with MS in 2021, admitting, “It’s been a tough road.” In her announcement, she quoted a friend with the disease as saying, “We wake up and take the indicated action.” Applegate declared she herself would do just that. The “Married With Children” and “Dead to Me” star previously battled breast cancer and had a double mastectomy in 2008.

Selma Blair
Actress Selma Blair initially announced her MS diagnosis via Instagram in 2018, writing, “I am disabled. I fall sometimes. I drop things. My memory is foggy. And my left side is asking for directions from a broken GPS. But we are doing it. More recently, in 2021, she had said that a combination of chemotherapy and a stem cell transplant had put her MS into remission.

Art Alexakis
The lead singer of the rock band Everclear opened up about having multiple sclerosis several years after his initial diagnosis. He’s been touring with the band and making new music. Alexakis says he has plans to write a book. He told his fans, he said, “I am just learning how to be the new me.”

Montel Williams
Former U.S Marine and talk show host Williams told Oprah Winfrey in an interview that pain has been a huge challenge since his MS diagnosis in 1999. To cope with it, he’s learned how to distract himself and “keep it in a box.” He currently puts much of his focus on raising awareness about the disease through the Montel Williams MS Foundation.

Kelly Sutton
In 2001, Sutton made history by becoming the first driver with MS ever to race in any NASCAR series. Sponsored by Team Copaxone, (a MS medication), she placed among the top 12 her first two years in NASCAR’s Dash Series for compact cars. Sutton then moved up to become one of only two women racing full-time in NASCAR’s Craftsman Truck Series. She placed 26th in the point standings as a rookie in 2004, and 29th the following year. 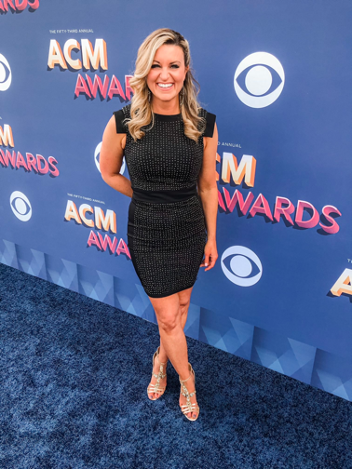 Clay Walker
“I decided to call my multiple sclerosis (MS) doctor a few weeks back when this coronavirus thing really got going,” Walker, 50, told PEOPLE magazine. “He basically told me that having MS means that my mortality rate if I did in fact contract COVID-19, would be twice that of a normal person. I didn’t know that, but I do now.” He is still touring and recording but being extremely cautious about exposure.

Do you think it was wrong for Selma Blair to compete on DWTS, knowing that her condition could flare up and make her need to stop? Or do you admire her for giving it her best shot and not letting her medical condition keep her on the sidelines? I’d love to know what you think about this or anything else on your mind. Email me anytime at frominhere@gmail.com and you just might find yourself mentioned and reported in next week’s newsletter!