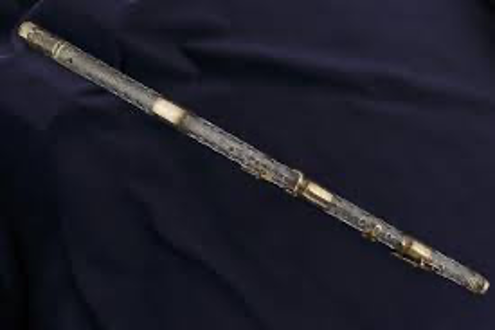 Sometimes people see what they want to see and that’s about it.

A week or so ago, popular singer/songwriter Lizzo played a 200-year-old crystal flute first at the Library of Congress, and then later onstage. At one of her own concerts. It was lent to her for that purpose by the Library of Congress. The beautiful flute once belonged to the fourth President of the United States, James Madison.

In a video that was recorded at the Library of Congress, Lizzo is dressed in pants and a long-sleeved shirt. She skillfully plays a beautiful melody on the flute. She also expresses true happiness about the opportunity to have the experience she’s having in the location.

There is a second video of her playing the flute on stage at her concert, again with permission and facilitation by the Library of Congress. She’s wearing what is apparently typical concert clothing for her.

Lizzo, a classically trained flautist, introduced the instrument before playing it, stating:

“This is from the early 1800s, this was a gift to James Madison from a French crystal flute designer to celebrate his second term. There was a fire… and the only two things that were saved were a portrait of George Washington and this crystal flute right here. I am the first person to ever play it, so you’re about to hear what it sounds like for the first time. Thank you to the Library of Congress for preserving our history and making history cool. History is freaking cool, you guys!”

Lizzo went on to play a haunting melody with the flute, and for her final flourish, began twerking onstage, before ending the performance and giving the flute back to its handler. The fire to which she referred was the burning of the then White House by British troops during the War of 1812. First lady Dolly Madison saved what she could from the burning building, including the crystal flute.

There was plenty of outrage among some politicians who chose to focus on Lizzo’s couple of seconds of twerking. It’s a dance move that happened to make its way into music videos sometime around 1993, when Lizzo was five years old. A few of the comments by recognized names that stood out to me:

The Backlash to the Fury

On Twitter, some users rushed to Lizzo’s defense. Many questioning why such a massive amount of rage and outrage had been inspired by a historical item most people had previously been unaware even existed.

I saw people pointing out that there was irony in the way Lizzo was being attacked , because she has such a nice and squeaky clean image. They stated that she put out songs about empowerment and positivity, that she was a talented musician. That a lot of  singers, musicians, and entertainers do the same and similar dance moves, and have for decades.

Many stated or implied that her biggest offense was being black and fat … Especially the fat part. She played the flute beautifully, but she doesn’t fit society beauty standards at all.

What do the people representing James Madison think of this?

It’s really not possible to completely ignore the existence of some symbolism in seeing a well-known performer, who also happens to be a black woman, speak reverently about a musical instrument that once belonged to one of the founding fathers, who owned at least 100 slaves.

A representative for James Madison’s ‘Montpelier’, a 2,650-acre estate in Virginia, stated that Lizzo has an open invitation to privately tour the well-preserved estate after she made history with the crystal flute. In addition to being a monument to the former president, Montpelier is also as a museum of American history and a center for constitutional education. 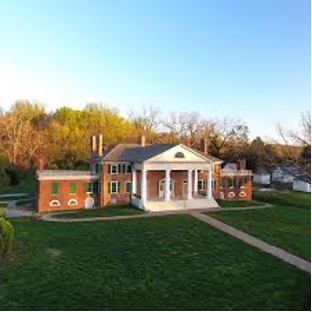 They’re even hoping she’ll put on some type of performance during her visit. It seems that they hope something can be worked out with the Library of Congress to get the crystal flute brought there if Lizzo agrees to visit. It’s been noted that there is absolutely no indication of any kind that James Madison ever played the crystal flute at all. So, if it all comes together, Lizzo could be the first person to play Madison’s flute at Madison’s home.

In a 2019 interview, Lizzo explained the amount of work she put into flute practice: “I remember in the fifth grade, I just wanted to be really good. I was, like, ‘I want to be really good at the flute. Everybody else is so bad.’ And it was so hard to be good at it. It’s a very difficult instrument. I became, like, obsessed with being good.”