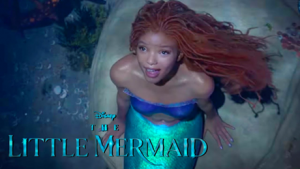 Sometimes it gets so frustrating that we as a society can’t seem to grow beyond the terrible constraints of racism and sexism. For a number of years now, it seems that both are becoming somehow more acceptable in a widening swath of the population.  To make it worse, companies are exploiting those tendencies and exacerbating them.

A week or so ago Disney released a very short preview clip of the live-action version of Little Mermaid that will be released this spring. Let’s ignore the fact that previous live-action versions of Disney animations have frequently met with criticism about production qualities. This time the movie is getting torn apart before it’s been viewed, because of the dual problems of racism and media manipulation of the public.

In case you missed it, The Little Mermaid will star black actor and singer Halle Bailey as Ariel.  Disney first announced back in 2019 that she would be playing the role, and there was some outcry, but many other things including a worldwide pandemic pushed it from consciousness.  With the release of the first short trailer, now it’s back in vivid reality.

In the first week after its release, the film trailer had received 1.5 million dislikes from people enraged that the character of Ariel isn’t being portrayed in the film as a Caucasian redhead, as she was in the 1989 animated Disney film.

The way this has been handled, it’s impossible to stay neutral about The Little Mermaid. You’re either opposed to the casting decision idea or excited to watch it even if just because you don’t want the racists to win. It’s one or the other.

Bailey looks and sounds great in the very short clip. Most of the clip is dark underwater camera tracking footage following Ariel as she swims through part of the kingdom of Atlantica. 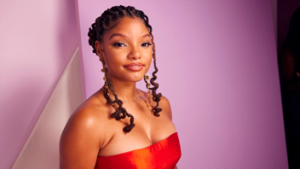 Parents of young Black girls are posting videos of their thrilled children reacting to the trailer. “Mommy!” a little girl says in a video posted by TikTok user nickyknackpaddywack. “She’s brown like me!”  Her video is among the many being shared across TikTok and Twitter, with parents using hashtags like #representationmatters to help demonstrate the importance of diverse casting in children’s media. Look and feel your heart melt:

Representation certainly does matter. Studies were done about this subject starting many years ago …  The link below highlights a study done showing the importance of four dolls, identical except for color, to test children’s racial perceptions. Consistently, it was demonstrated that having a doll in the child’s own skin tone affected and was affected by the child’s perception of self. There are a lot of links to this research on the Internet, and I’ve shared just one below. The research was so impactful it was a key part of the landmark decision eliminating racial segregation in schools.

Little boys and girls of all ethnicities should be able to experience the sincere joy of recognizing key elements of themselves in movies, books, and other facets of the world. It’s essential, and its importance of that has been well known for quite a long time. 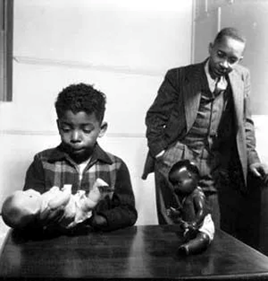 I’ve seen a handful of critics claim the casting isn’t faithful to Hans Christian Andersen’s fairy tale, originally published in Denmark. That’s a ridiculous argument in this matter because the 1989 Disney movie also isn’t in keeping with the original Andersen fairy tale; it’s a violent story with a green-tinted mermaid who suffers physically and then ends up dying after the prince marries another woman.

There is another, more understandable explanation for some of the negative reactions to this casting choice and making Ariel a mermaid of color. For people who grew up with Ariel as a beloved part of their childhood, there is a certain emotional investment in the character being the way she’s always been depicted. These people aren’t racist, they’re annoyed and confused, and wonder why Disney is changing something that’s a fixed entity.

Disney Knew What it was Doing – Getting Big Publicity

Disney knew the controversy this casting choice would cause, and I don’t believe the company did it for the ‘right’ reasons; Disney wasn’t trying to advance racial equality or awareness in any way. The company got itself in the headlines and massive publicity far beyond what the live-action version of The Little Mermaid would have garnered had it starred an actress made-up to fit more of the character expectations set by the company to begin with.

I’m curious to see how the company will support the release of the movie in terms of merchandising. Will there be competing Ariel dolls in the stores?

I’m aware that the company planning to feature Princess Tiana in a series on Disney plus some time in 2024. She is a black Princess who was featured in the Disney film The Princess and the Frog back in 2009.

If you want to share what you think about this controversy, feel free to reach out to me at frominhere@gmail.com. If you want to communicate with me about any other subject, you’re welcome to do that as well. Remember, somebody will be the winning commenter in next week’s newsletter!

1 thought on “The Ariel Scandal”