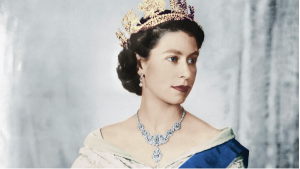 I think almost everybody who reads this doesn’t remember when Queen Elizabeth II wasn’t the British monarch. Looking at it through the lens of history, when she ascended to the throne in 1952, the Soviet Union was in the iron grip of Joseph Stalin, China was led by Mao Zedong and the president of the United States was Harry Truman.

During her reign, there were 14 American presidents. The first was Harry Truman and the last was Joe Biden. She meant every one of them regardless of whether they were Democrat and Republican, (except Lyndon Johnson). On the British side, she met with 15 prime ministers. Of these, Liz Truss was the most recent. The two women stood together and shook hands just 48 hours before the Queen’s death.

America long ago severed its actual links to the British monarchy, by means of the Revolutionary War victory we celebrate every July 4th.  Yet the British royals have been a source of some fascination in this country. Many of them frequently behave badly or salaciously in scandalous ways, but for 70 years Queen Elizabeth primarily garnered respect. She was a political figure who couldn’t take sides in politics. Despite scandals caused by multiple family members, she herself devoted her life to her family and service to her country.

Of course, she made missteps and mistakes, and at times didn’t do things that were in her power to do, and that could have had positive outcomes. My purpose today isn’t to analyze those aspects of her time as Queen of the country that remains our greatest ally. Rather, I’m looking at why we admired her.

It’s pretty well acknowledged that American society remains patriarchy. For a specific timely example, just look at some of the legislation being pushed by male politicians in a variety of areas around the country. Also look at the pay disparity in our society, where men and women in the same job are usually paid different amounts of money for the same work … and guess who gets less?

Any British monarch is largely a figurehead; the real power rests with parliament and the Prime Minister. However, the symbolic power and weight of diplomatic presence is undeniable. Queen Elizabeth demonstrated great intelligence and personified a strong female in a position of history and power.

In 1939, Queen Elizabeth’s father, George VI, became the first reigning British sovereign to visit the United States. He met with President Franklin Roosevelt and discussed the winds of war in Europe. During World War II, her family participated in the war efforts. Then, Princess Elizabeth trained as an auto mechanic. In the photo below, she is doing an inspection as a junior commander in the Auxiliary Territorial Service. She joined the regiment as soon as she turned 18, beginning as a second subaltern before being promoted to a rank that was the equivalent of captain. She was the only living head of state to have served in the Second World War. 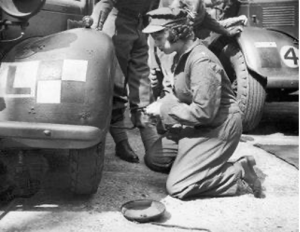 When King George VI died in 1952, Elizabeth was in Kenya on a royal tour. She was still in her 20s and was a young mother. She had to adjust quickly to her new role, increased responsibilities, and even more scrutiny from the public than that which she had already grown up with. She had to be both a politician and a diplomat, without quite seeming to be either. To do so, she had to have a deep understanding of all sides of many domestic and global issues.

She took the King of Saudi Arabia for a drive

Back in 2003, Abdullah, the-then Crown Prince of Saudi Arabia, visited her in Balmoral. Women in his country were not allowed to drive. The Land Rovers belonging to the monarchy were driven up in front of the castle. As instructed, the Crown Prince climbed into the front seat of the front Land Rover, his interpreter taking the seat behind him. Queen Elizabeth got behind the wheel and insisted on driving him. It’s said that her guest was extremely nervous about it. He’d likely never been driven by a woman before. He had his interpreter repeatedly plead with her to slow down and concentrate on the road.

Oversaw a change to succession laws

Until 2011, the laws of primogeniture in the United Kingdom dictated that the heir to the throne was always the first-born son of the monarch. This meant that daughters of the sovereign could be overlooked in favor of their male siblings. So, if a daughter was born first and a son was born later, the son would inherit.

As befitted a modern woman with a more feminist mindset, the Queen oversaw a major change to succession laws, in agreement with leaders of the 16 Commonwealth countries. This change allowed both sons and daughters of any future British monarch to have had equal rights to the throne under the Succession To The Crown Act. 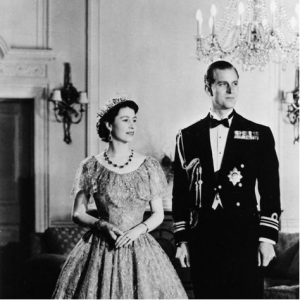 She refused to give up her last name

When she married her husband in 1947, Princess Elizabeth declared that she would not be taking his last name. That meant that her family name – Windsor – would continue to be the name of the royal household.

At the time, Prince Philip said: “I am the only man in the country not allowed to give his name to his own children.”

Since then, some royals have been given the hyphenated surname of Mountbatten-Windsor, as a sign of respect.

The Queen transformed education for royal women who came after her

As was traditional at the time, the then Princess Elizabeth was  homeschooled as a child, alongside her sister, Princess Margaret. When she was Queen Elizabeth she considered it important to improve the education of fellow Royals, starting with her own children.

Despite the protests of her own mother, Queen Elizabeth had her children educated outside of the palace. They attended private schools. It’s a tradition that continues to this day, with her great-grandchildren.

She developed her own style and stuck with it

Over the years, Queen Elizabeth developed her own signature styles and stayed with them, with slight changes and modernizations over the years. Instead of worrying about trends, she chose what she thought looked well on her and was appropriate for her life. She was still fashionable at whichever age she was at the time.

Queen Elizabeth lived a unique life of great privilege and great pressure. I think many people admired her because instead of simply enjoying the luxuries her position afforded her, she maintained a significant work ethic and demanding work schedule. Think about the fact that at 96 years old, and a mere 48 hours before she died, she was still working and taking meetings that were her responsibility. 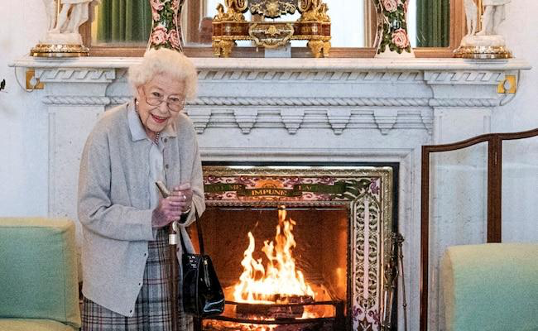