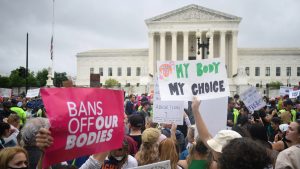 The subject of the overturning of Roe v Wade is nothing short of a minefield. I hesitated to discuss it in any way on my blog because of that. And yet I have to, because it’s too important to ignore.

When the case was decided in 1973, a majority of the Court ruled that the Due Process Clause of the 14th Amendment to the United States Constitution provides a fundamental “right to privacy”, which protects a pregnant woman’s right to an abortion. The Court also held that the right to abortion is not absolute and that it must be balanced against the government’s interests in protecting women’s health and prenatal life. Therefore, the Court resolved these competing interests by announcing a pregnancy trimester timetable to govern all abortion regulations in the United States. The Court also classified the right to abortion as “fundamental”.

In his written opinion overthrowing the ruling, Supreme Court Justice Samuel Alito argued that the right to an abortion should be revoked since the right was not explicitly given in the Constitution. It’s an argument that worries many legal experts.  With regard to this, various forms of terminating pregnancy did exist in Colonial times. It was often dangerous and frequently involved the woman ingesting multiple combinations of herbs. It was considered ‘women’s business.’ Therefore, why would the Constitution mention it specifically? It wouldn’t have.

The Supreme Court decision was anticipated because it had been leaked. Many people seemed to think the decision would somehow change or be modified by the time it was handed down. As we know, it wasn’t. The result is a significant, dangerous setback for women’s health across the United States.

The historic decision returns all questions about legality and access to abortion, for any reason at all, to the individual states. 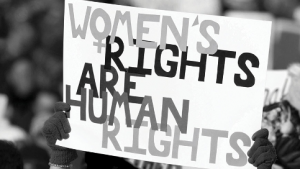 The UN sexual and reproductive health agency (UNFPA) and the World Health Organization (WHO) that an overwhelming 45% of all abortions around the world, are unsafe, making the procedure a leading cause of maternal death. It’s not difficult to figure out that as restrictions by government entities on state or local levels increase, more women will die.

Access to safe, legal, and effective abortion has long been rooted in international human rights law.  It’s at the core of women and girls’ autonomy, and ability to make their own choices about their bodies and lives, free of discrimination and coercion.

This overturning of Roe v Wade summarily rips sovereignty over their own bodies away from millions of women in the USA. As with many situations, women with low incomes, women in rural areas and inner cities, and women belonging to any types of marginalized groups will be disproportionately affected; they’ll lack the resources to travel for medical care.

An eye-opening report from the United Nations demonstrated that this ‘decision’ came after more than 50 countries that previously had restrictive women’s health laws have liberalized their abortion legislation over the past 25 years. Yet, suddenly the United States is marching backward into the past and away from progress.

The ability of women to control what happens to their own bodies is linked to the roles women are able to play at every level of society. It impacts the family, education, the workforce, the military, and the government.

In 1994, 179 countries, including the United States, signed the Programme of Action of the International Conference on Population and Development (ICPD). It recognized how deadly unsafe abortions are and urged all countries to provide post-abortion care to save lives, whether the abortion was legal or not. UNFPA advocates for the right of all couples and individuals around the world to decide freely and responsibly the number, spacing, and timing of their children and to have the information and means to do so.

The United States has always held itself out to be a champion of ever-growing, constantly improving, and expanding civil rights. And now women have been set back 50 years in that quest.

What the states have done

Below is an image indicating which states will now have new abortion laws in effect, and it is almost half of the United States, Some of these states have had these laws since before 1973 and were waiting for a moment like this for them to go back into effect. Some other states even had trigger laws that went immediately into effect the day the ruling was announced. 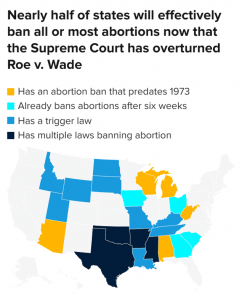 Roe v. Wade was a case that affirmed the right to personal autonomy when making medical decisions. One example of this is the case Cruzan v. Director of Missouri Department of Health, in which the Supreme Court ruled that Americans have a constitutional right to refuse artificial life-prolonging procedures.

Right now is it really so impossible to envision a day when the Supreme Court decides that Do Not Resuscitate orders are unconstitutional? That your state can simply keep resuscitating you as many times as it needs to be done, or until the traumatic efforts simply don’t work?

Since the start of the pandemic in March of 2020 people have complained about wearing masks. How many in-person incidences or videos have you seen of people fighting over it, yelling “My body, My choice!”? The same rallying cry was given about COVID vaccinations.

Yet ironically, now we have states in which victims of sexual abuse as young as 10 and 12 years old were denied medical procedures under the abortion laws in their states. Federal protection was needed because of the incredible structures of many of these state-imposed abortion bans. Reasonable consistency is scarce, and in some areas, the rules and restrictions are beyond dystopian. 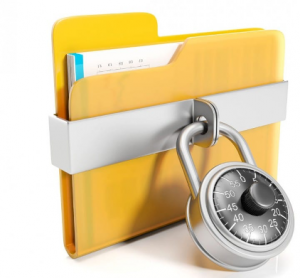 It’s my understanding that in the Jewish religion, the life of the mother comes first if an ectopic pregnancy or some other condition is endangering it. But now in many states, termination of the pregnancy even at the very earliest stage would be forbidden. In researching these issues, I’ve learned that several lawsuits have been brought because of the religious issues involved. We’re supposed to have freedom of religion, or to not believe in a religion if that’s what we choose. But in some states, people will not be able to act in accordance with their own personal beliefs even it affects only themselves.

Some states have hotlines for people to report anyone they think may be seeking an abortion or intending to travel to another state for medical care. In some, doctors could be prosecuted for providing certain medical treatment even if needed to save the life of the mother.

Where do federal Health Insurance Portability and Accountability Act (HIPAA) federal laws fall into all of this?  You know, the form you have to sign at every doctor’s office and hospital, having to do with the privacy of your medical records?

I’ve repeatedly seen replays of testimony given by at least four Supreme Court judges who voted to overturn Roe v Wade. Each clearly stated in their sworn testimony that the case was precedent, they had no interest in overturning it, and so on. Everyone now knows those statements were not true, but it got each of them appointed and put in a position to remove rights from a large portion of the population.

The divisiveness of recent years keeps getting worse and worse, and there is no end in sight. State leadership must figure out a middle ground approach of some sort to give people information, dignity, and privacy to make medical decisions in their lives. Otherwise, women will be living – again – at the mercy of strangers who know nothing about them, their health, or their lives.

Feel free to share your thoughts about these complicated issues or any others with me at frominhere@gmail.com. I’m always interested in hearing from you.