I’m a person who enjoys the early morning. For me, the hours between 5:30 AM and 10:00 AM are extremely productive. I generally have to push through a lull between 11 AM and 1 PM, then I’m good until around 6 PM or so. My brain kicks into overdrive sometime around 9 PM and keeps buzzing until at least 2 AM.

Can you relate to this?

If you’re a woman with children, you may have had the experience I did up not sleeping well later in pregnancy. I actually remember the two great naps I’ve had in my life – in 1998 and 2000. How ridiculous is that?

But is it possible to simultaneously be a night owl and an early bird? Logic dictates that if you stay awake until late and wake up early, you aren’t getting enough sleep.
My husband was a night owl by nature, forced to be an early riser because of his career. An early riser is different from an early bird in that the riser gets up out of necessity. My three kids are exactly the same as that, except they haven’t learned yet to be nice in the morning even though they want to still be asleep. 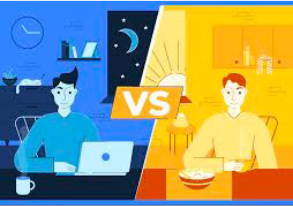 These are proven facts that have been studied repeatedly over many years: Some people are extremely productive and alert early in the morning, whereas others have that same feeling late at night.

You see it play out that way in your own life. You know who the morning people around you are, and who the night owls are. You know where on that spectrum you fall. As you grumble at the clock at one time of day or another, you might wonder why this is so.

What does this mean?

Research indicates that whether you are an early bird or a night owl is related to your circadian rhythms. If you’re not familiar with that term, think of it as your ‘internal clock’ that tells you when it’s bedtime and when it’s time to get up. These rhythms are apparently a matter of genetic predisposition, as well as influenced by your environment, behavior, and lifestyle.
Diversity in circadian rhythms could have benefited our ancestors because having people naturally inclined to sleep at different times would have increased the likelihood of survival for hunter-gatherer tribes. Having people who slept in ‘shifts’ would have meant there wasn’t a time everyone was sleeping. Therefore, the group was less vulnerable to potential threats. As time has passed by, a combination of genetics, environment, and evolution has made it so some of us feel best during the daytime, but others feel best at night. 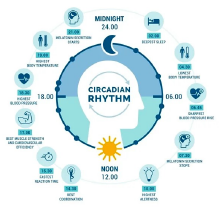 I’ve been told many times that most of my relatives have crazy sleeping habits as I do. If any of them are reading this, I’d like to point out to them that clearly our ancestors were the ones keeping everybody safe at night, so three cheers for our ancestors!

What exactly is an early bird then?

An Early Bird wakes up early and is most productive in the early hours of the day. They may have difficulty with social activities in the evenings because each day is a long day.

Early Birds
● Go to sleep early
● Wake up early
● Feel energized in the morning
● Have less energy in the late afternoon and evening
● Have difficulty staying awake late
● Tend to exercise in the mornings
Early Birds find society easier to navigate in many ways because a large percentage of the working world is geared towards those who keep a daytime schedule.

Night Owls
Statistically speaking, Night Owls are approximately 16% of the population. They are most productive late into the evenings. Frequently, they gravitate towards ‘creative or non-traditional careers.
Night Owls:
● Go to sleep late or possibly even early on the following day
● Wake up late
● Feel exhausted in the morning
● Have less energy in the morning and early afternoon
● Have difficulty staying awake in the morning
● Tend to exercise in the evenings

Is there any other reason it matters?
Your internal body clock affects almost all the functions of your body. These functions include metabolism, body temperature, hormone production, digestive processes, and brain activity. These all vary within every 24-hour day.

The time of day when your brain is functioning at peak performance depends on if you are an Early Bird or a Night Owl, according to researchers.
The dictates of your circadian rhythm may also put you at increased risk for certain conditions and diseases. For example, studies have now linked some patterns to a greater risk of depression, seasonal affective disorder, obesity, diabetes, cardiovascular issues, and substance abuse.
Night Owls are also less likely to exercise than are their Early Bird counterparts. There are many factors that contribute to the difference, including the reality that it’s less safe to exercise outdoors at night, and most indoor exercise facilities are closed at night. Regardless of the reason, less physical activity tends to mean more illness.
As people get older, their internal body clock sometimes shifts in one direction or the other. You can also train your body clock to change, which many people must do in order to work or fulfill responsibilities. Try not to lean heavily on things like sugar, caffeine, alcohol, or nicotine to accomplish it. Trading one problem for others is not going to make you feel better.

And this is for you personally!
Do you think you’re an Early Bird or a Night Owl? Email me at frominhere@gmail.com because I’d like to know. In addition to selecting a winning commenter, this time I’m going to be choosing someone’s comment or anecdote about this topic to share in the newsletter. If I choose yours, you’ll also receive a gift! If you just want to share your story with me, that’s fine, just let me know that you don’t want to share it with anyone else and I’ll absolutely keep it private.