Where I live, on Long Island in New York, we’ve been experiencing days of high winds and pouring rain, on and off. It’s all courtesy of Tropical Storm Elsa. Of course, Disney’s Elsa was a princess in the fictional Scandinavian Kingdom of Arendelle. Elsa has the magical ability to create and manipulate ice and snow. Unlike her winter counterpart, the summer Elsa deals with liquid water, not the frozen variety. Get it, frozen … not Frozen? 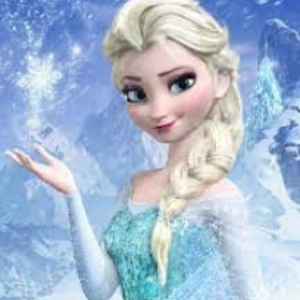 This storm has been ugly at times in my area. It blew winds so hard the other night that the table in my yard ended up at the bottom of the deep end of our pool. Some of you may have seen this picture on my social media afterward: 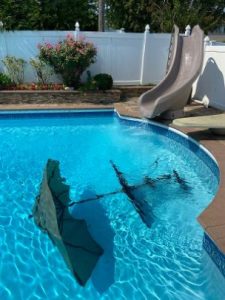 Storms and the disabled

Storms and natural disasters are a menace to anybody, but people with disabilities are two to four times more likely to be injured or killed in one than are non-disabled people. The seriously increased risk is greater than the general population because of a variety of potential impairments and limitations on activity.

People with physical disabilities are less likely to evacuate from their home in situations that require it.  If they evacuate, they wait longer to do it for multiple reasons, including scarcity of accessible means of transportation. There’s also frequent worries that evacuation shelters won’t be either able or willing to accommodate their needs

People with disabilities are also typically at a serious disadvantage regarding the ability to prepare, evacuate and recover from disaster events.  Worldwide, people with disabilities disproportionately experience poverty, lack of social support and exclusion from being able to access resources. These factors combine to increase risk and vulnerability during disaster events.

Storms and other vulnerable groups

Coming up with a definition of who is “vulnerable” is more of a challenge it might at first appear to be. Vulnerability is not really a fixed or unchanging characteristic of an individual or a group. Instead, it’s a potentially changing state of being that is impacted by timing, the dangerous situation happening, the particular circumstances, and access to different types of support.

Somebody can be physically impaired but able to locate stable housing and economic security after a damaging storm has passed. In a situation like that, the vulnerability is a temporary lack of physical ‘capital’, but the ability to be resilient is a result of access to economic ‘capital’.

Some individuals and groups are permanently very vulnerable to a lot of hazards and the resulting consequences. These include, but are not limited to:

Many senior citizens are perfectly able to handle everything on their own but that isn’t always the case. The same goes for pregnant women, parents or other caregivers of young children, and the young children themselves. There are many situations where individuals are simultaneously part of more than one of these groups.

I am dependent upon electricity to be able to manage my MS and my medication. I was fortunate to be able to have installed a standby generator to keep some power running in our home when the power goes out. I am also fortunate enough to have a couple of very good people who will call and touch base with me when a storm is imminent, to ask if I need anything.

I really think that’s the biggest thing you can do for people you know who are in one or more of those most vulnerable categories … check in with them before a storm and then afterwards.  No, I’m not saying that you’re responsible for solving the problems of other people. But you should be aware that anxiety about these situations is also a huge problem, as is a reluctance to ask for help.

Maybe you can drop off some over the counter medication the person is out of, a quick meal, a couple of shelf stable groceries, or a bag of pet food for their cat or dog. This time of year, they won’t be snowed in but you can ask if they have any flooding problems going on. Maybe you can give them a number to call if they have to evacuate. There are so many variables at play in any emergency situation that there’s no way to give an exhaustive list of possibilities.

The key thing is to reach out to a fellow human being. Everybody is vulnerable at some time in their life. You were once a baby, so no matter your circumstances now, you were once a vulnerable person.

Even if you just call to say “I’m thinking of you”, that’s something that can have more of an impact then you might realize. Be kind. Be a light in the darkness of somebody’s storm.