In whatever form it takes at your school or the school of your child, it’s a rite of passage. It’s also an occasion full of worry, nerves, excitement, laughter tears, smiles and memories … And that’s just for the parents, grandparents, guardians or other adults!

It’s exciting, but it’s also a little bit scary to see your child all dressed up for a big night that feels like a giant stepping-stone into adulthood. My daughter has attended other events in her life where she wore beautiful gowns. She got her driver’s license and and selected her college, both of which seem to be much more impactful life events. But … Prom.

I’m sure part of it is because just last year all Proms were cancelled because of COVID. The graduating classes of 2020 had to forgo almost every tradition associated with graduation. This year, there were still adjustments, but nothing too dramatic. High school seniors around here were particularly excited and appreciative to have a prom, because they missed out on other senior traditions because of the pandemic.

For my prom, some photos were taken on instant Polaroid film. Those were the kind up pictures a special camera spat out into your hand and it would develop in front of you. Others were taken with regular film, the kind you had to get developed. While you waited for the film to be developed, you kept your fingers crossed that your eyes wouldn’t be closed, and that the roll of film wouldn’t get messed up in the development process. And, when you were taking pictures you had the hope that you wouldn’t run out of film before you ran out of things you wanted to photograph. Nobody has to worry about that anymore.

Despite the fact that most teenagers these days are experts at camera phone photography, they may act embarrassed at taking a bunch of prom photos if a parent or similar adult is taking them.  The prom girl in her dress or the prom guy in his tux just have to be photographed!  Even if they don’t appreciate it now, you know that later on they will.

My blog deals with issues arising from my life and the lives of my children, as well as the world at large. In connection with the blog I have Facebook, Instagram and Twitter accounts. I also have a personal Facebook page; my kids are well aware that photos from something as big as Prom are going to get posted. Fortunately, they are very good sports about it. I should note here that I don’t post everything, because they do have a right to privacy, and if they have a request I don’t talk about something, then I don’t. Here’s one of my daughter’s lovely pictures, and to be fair, I dug out one of my own to share at the end. 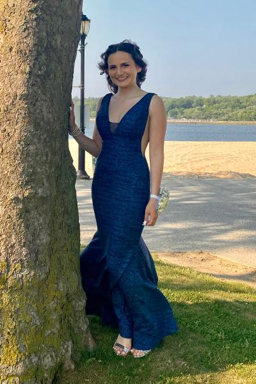 Prom can be expensive.  Without a budget, things can easily get out of control. I gave my daughter a dress budget. My disability made it impossible for me to go dress shopping with her, but she showed me ahead of time some ideas of what she was interested in. I also know she has excellent taste in clothing. I made her an appointment at the boutique we preferred her to shop at. She told them the colors and style she wanted to try. Using her phone, she sent me photos of her top choices. It turned out the one we both preferred was $50 over budget. I quickly gave her the green light to go ahead with it because it was just so beautiful on her.

She didn’t need prom jewelry because I had a bracelet that she wanted to wear, and she was going to wear simple earrings she already had. She didn’t want to carry an evening bag or clutch. Then, she selected shoes for half the price of what we expected. Taking everything into consideration, my daughter’s prom and after-party attire came in substantially under budget.

Let your child pay for some of the expenses

Prom is a milestone on the way to adulthood, and what is representative of adulthood more than earning and budgeting your own money? My daughter used money from her own part-time job to pay for her gown alterations, after-party dress, and her share of the prom night party bus.

If your teenager doesn’t have a part-time job, maybe they have money from an allowance, holidays or birthdays. You can also have them exchange labor in lieu of cash. Think things like cleaning the garage, mowing the lawn, extra tasks at home, running errands, etc.

Drunk and other impaired driving

Since my husband was killed by a drunk driver in 2013, I have become intimately and painfully aware of DUI statistics and information. DUI numbers regarding teen drivers – and teen drivers on prom night – are ugly.

According to the National Highway Traffic Safety Administration (NHTSA), 2,086 teen drivers were fatally injured in car accidents in 2016. One in five teen drivers involved in those fatal crashes were under the influence of drugs or alcohol. The following statistics show how serious this problem is:

In light of those facts, it’s not surprising that the NHTSA reported just over 300 teenagers suffered fatal injuries in drunk driving accidents just before or just after the prom the past several years.

This is part of an infographic I thought was particularly good. Many teenagers are visual learners, and this type of image can be a useful tool in starting a conversation about drunk driving.

There is never a good excuse for drunk or other types of impaired driving. Marijuana is legally available for recreational in some states, to individuals as young as 19. The legal drinking age in all 50 states is 21, but teenagers seem to have little problem acquiring it. It is even easier to illegally acquire marijuana. It’s use significantly impairs judgment, motor coordination, and reaction time, and studies have found a direct relationship between blood THC concentration and impaired driving ability.

Make sure your teenager has access to a ridesharing app such as Uber or Lyft. Let them know that if they call you for a safe ride home, they won’t be punished for it. Of course, you can talk about it afterwards. But don’t penalize them for making a good decision, even if you’re upset about other decisions they have made.

Please remember that along with the happy occasion, it’s perfectly reasonable to have moments of sadness because of missing people who can’t be there. Perhaps they’ve passed away. Maybe they’re deployed. They might have to be at work. There are so many reasons why somebody important may be missing the celebration.

Remind your teenager that wherever those people are, in this world or the next, the love and support from them is very present. 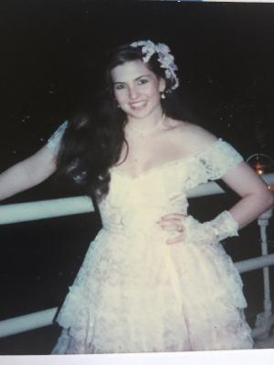