When you hear the word militia, do you envision the ragtag but tough and scrappy volunteer forces who supplemented the Continental Army of George Washington during the Revolutionary War, 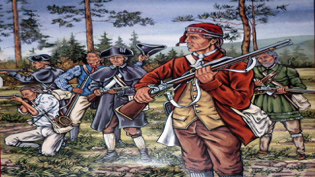 or the quasi-military style groups that periodically make modern headlines? 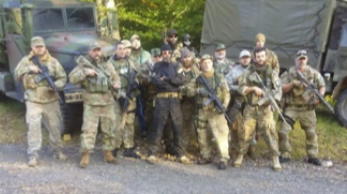 Modern militias are not just in the news because of their broad affinity with Donald Trump. That connection, and the role they played in the insurrection that took place earlier this month, is just the latest time they have been news headliners. One militia plotted (allegedly of course) to kidnap the governor of Michigan in opposition to coronavirus lockdown measures in that state.  Militias today are associated with anti-government ideology, and sometimes with White Supremacist positions.

So, what exactly is the purpose of a Militia, and is it legal?

Back in the early days of this country, civilian authorities utilized groups of men organized into state militia groups to supplement the military. They also provided local security and support at times. Regular military service was a salaried commitment for a defined period of time. Militia service was only intended to meet a threat for short periods of time. Males in a militia were usually expected to provide their own weapons, apparel, and supplies.

Militia groups were identified by numbers and sometimes by names, sometimes having some type of flag. A few examples are Mead’s Regiment of Militia, Latimer’s Independent Company, and the 1st Battalion Grenadiers and Light Infantry. These examples are from Connecticut, Delaware, and New York, respectively.

Protected by the Constitution

Since America was seeking freedom from monarchy, and militias were an important part of that, it is not surprising they were granted protection in the 2nd Amendment to the U.S. Constitution:

“A well regulated Militia, being necessary to the security of a free State, the right of the people to keep and bear Arms, shall not be infringed.”

Gradually, state militias faded from existence. They were essentially replaced by the National Guard, whose members are overseen by state and federal officials. Most reservists serve part-time, but can be called in for emergency situations.

Modern militias are groups of civilians who share anti-government views. They are usually strongly supporters of gun ownership. The 1st Amendment guarantees the, “right of the people peaceably to assemble.” The 2nd Amendment generally protects the right to possess a firearm. But gun restrictions vary greatly from state to state.  There are laws prohibiting training for the purpose of creating civil disorder.

When did modern-day militias become a big thing?

After Bill Clinton was elected president, implementing tougher gun-control laws was becoming an increasingly hot issue. Staunch ‘guns rights’ supporters worried the federal government would infringe on what they considered to be their right as gun owners. Several big incidents exacerbated the issue, including:

How concerned should we be about militias?

An acting secretary of the Homeland Security Department last year told the Senate that White supremacists have become the “most persistent and lethal threat” to the U.S. from within the country. Although he didn’t use the word militia in those comments, it seems to have been commonly understood that people to whom he referred typically act within a militia framework

Not all the danger that can be associated with militia groups are actually group based. Just as with international terrorism, these groups tend to spawn deeply radicalized individuals who may plot and carry out their own attacks. Commonly referred to as ‘Lone Wolves,’ these can be the most difficult types of individuals to find.

How big is the militia movement?

I couldn’t find any verifiable numbers about exactly how many militia groups are currently in existence in the United States, which is not surprising because these groups are typically one step function quietly.  According to some published statistics from The Southern Poverty Law Center, in 2019 it was estimated that there were 181 militias active at that time, among 576 “extreme anti-government groups.”

Perhaps the best known of the militia groups are the Three Percenters, who base themselves on a myth. They believe that only 80,000 people served in the Continental Army and militia during the Revolutionary War. It is estimated that the 1780 population in America numbered 2,780,369 people. 80,000, is 2.96 percent of that number as serving in the overall continental forces. 2.96% doesn’t sound very good, so it’s rounded up to 3%.

But the whole premise is wrong.

Historians have calculated that the Continental Army actually numbered at least 100,000 men, not even including the militia members. I have found multiple estimates that the total number of militiamen probably numbered about 300,000 – 3 times the number of Continental Army soldiers. I’ve also come across researched and detailed calculations estimating the militia numbers as high as 513,000.  Then you really need to add in the American Navy, state navy members which existed at the time, a couple of thousand Continental Marines, and another estimated 55,000 men who served on American Privateer ships.

When you put it all together and do the actual math, American citizen participation in the Revolutionary War was somewhere between 18% to a possible high of 25%. And none of that includes the people who fed, clothed and protected the troops, spied and gathered information to help the war effort, and served as lookouts on land and sea.

An average of 6% of a population typically takes part in a war. I’ve found some statistics indicating that approximately 9% of the American population was involved in some way with World War 2. Without throwing more statistics at you, suffice to say that a substantial part of the population participated in the American Revolutionary War, and the 3% number couldn’t be more inaccurate.

Think for yourself. Don’t believe everything you’re told. Almost everybody has some access to multiple news sources … check more than one. Purposely listen to views that oppose your own, and when you do that try to have an open mind. Don’t easily believe conspiracy theories, no matter what the subject.

You have every right to disagree with people. You don’t have the right to attack people physically or encourage violent behavior.

This country belongs to those who came before us and to those who will come after us, just as surely as it belongs to us. We need to treat our ancestors, ourselves, our descendants and our country with a lot more respect. 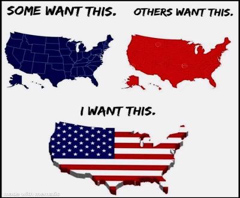