The chaos that marked 2020 has quickly bled over into 2021. As the pandemic rages on with record-setting numbers of new cases, a violent portion of those unhappy with the 2020 election rioted in Washington DC.

There is so much that I could write about what happened and why it happened, plus what could have happened and what should have happened. It seems that as every hour passes we learn more about what transpired on the ground, and how it actually happened. I was working on other articles about other topics for the blog – but how can I ignore the elephant in the middle of the room? 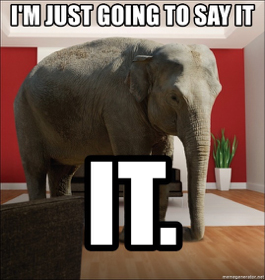 (Strangely Ironic, isn’t it, that the old saying incorporates an elephant, and so does the symbol of the Republican Party).

I don’t even know what to write about the events in the news this week, but it feels wrong to just ignore what has happened this week.

People unhappy about the outcome of an election stormed the nation’s capital. To paraphrase a well-known TV commercial, that’s not how the process works. 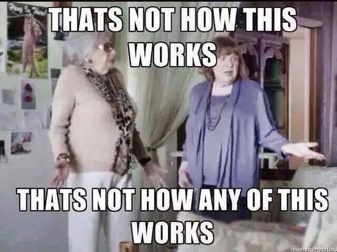 It’s really Civics 101: Support and campaign for your candidate. And then when it is all over have a civic duty to support our democratic republic and the Constitution by accepting a peaceful transition of power. You can make legal challenges in the courts, and if those challenges don’t change the outcome of the election, you accept the outcome as graciously as possible.

Other attacks on the Capitol

I could only find a couple of instances of any type of relatively recent attack at the nation’s Capitol. One was carried out in 1954 by 4 people of the Puerto Rican Nationalist party. In the years before terrorism became known concern, those individuals walked into the visitor’s gallery while carrying handguns. They shot and wounded 5 members of Congress.

In a 1998, an armed assailant stormed past a security checkpoint and killed a Capitol police officer. He then exchanged gunfire with a Capitol detective who was protecting a member of Congress. The exchange allowed other officers to subdue the shooter, but the detective died.

The last time the U.S. Capitol actually faced such a large-scale insurrection was during the War of 1812. British troops invaded Washington, D.C. in 1814.  Those enemy forces breached and burned down the building.

As a mob of Trump supporters breached the U.S. Capitol on Wednesday, commentators rushed to label the events as a coup. But there are technical disagreements over that word, given that the sitting president and his acolytes were trying to maintain power, not attain it. The failure of the Capitol police to anticipate the level of violence they encountered led some European security officials to suggest that it looked deliberate on their part. In the aftermath of something as significant as this, there will be a long and complex series of investigations into all that happened, the responses of law enforcement and others, and the lack of response where applicable.

It didn’t take a genius to predict that there was going to be some kind of trouble on January 6.  Through speeches and social media, Trump and his supporters planned to meet, rally, and march on the day the electoral votes were to be officially tallied.

The rally started in the morning. The president and other speakers exhorted the crowds to fight, to be strong, to take back what he said had been stolen from them. He told them the route to take to march on Congress. By early afternoon, barricades around the building were swarmed by Trump supporters. They infiltrated and proceeded to ransack the building.

In the aftermath of the chaos, there are videos and images of some Capitol police officers trying desperately to prevent the insurrection. Dozens of officers were injured and one died after being hit in the head with a fire extinguisher by a Trump supporter.  Yet, other officers were shown taking selfies with the rioters. It was a complicated situation and the investigation into everything is going to take a long time, but from what I as an outside observer can see, certain areas of law enforcement were not acting the way they should have and certainly not acting the way they have before. There were also shocking delays bringing in reinforcements. It doesn’t make sense.

As I write this, it’s just a couple of days after chaos reigned for those alarming hours. Identification and arrests of those involved continues. The numbers of those arrested continue to climb. More members of the White House and cabinet staff continued to resign. Discussion abounds about what to do in the aftermath of this mess. At least 5 people lost their lives, including a police officer. It was not just a peaceful protest that somehow got out of hand.

Condemnation by worldwide and domestic leaders

Canadian Prime Minister Justin Trudeau tweeted that “violence will never succeed in overruling the will of the people. Democracy in the U.S. must be upheld – and it will be.” “Terribly distressing,” was the reaction of Australia’s leader Scott Morrison.

Germany’s Foreign Minister Heiko Maas tweeted that “the enemies of democracy will be happy to see these incredible pictures from #WashingtonDC” and that “the disdain for democratic institutions is devastating.”

The pictures of disorder in the U.S. have certainly not been lost on countries like Russia and China, which have tense relationships with the U.S. The Chinese Embassy in the U.S. advised Chinese nationals to “exercise caution before going to public places.”

All the living former presidents (Presidents Obama, Bush, Clinton, and Carter) each released statements condemning the violence and breach of the United States Capitol on Wednesday while calling for the nation’s leaders to unite.

Growing numbers of Republican politicians are criticizing President Trump, the head of their political party. Some Senators who had fanned the flames of hostility condemned the events of the day. For example, Senator Ted Cruz called the insurrection a “despicable act of terrorism and a shocking assault on our democratic system.”

Not a revolution and not a coup

Another time I will go into details about why modern groups that call themselves ‘militia’ are really making a mockery out of the militia forces who did so much to secure American independence during the Revolutionary War. The majority of these modern groups refer frequently to those Militia, the Founders, the Declaration of Independence and the Constitution.  Some of them do it to the point of being obsessive, and in ways that often tastelessly show their lack of understanding.

One of the most well-known national militia groups, the Three Percenters, is named after an incorrect statistic that only 3% of the American populace fought against the British. On Wednesday, flags of Three Percenters were seen waving near the Capitol. These people view themselves as perpetuating the legacy of people trying to free themselves from the rule of a King. Yet as they damaged the Capitol building, they terrorized elected lawmakers who were following constitutional procedures to certify the Presidential electoral vote.

On Wednesday and afterward, I heard commentators describing the events as a coup or as an attempted coup. That’s not a good description. The current President and his rioters were trying to maintain power, not attain it. It seems to me this was more of an attempt to overthrow the whole system.

The people who stampeded in Washington on Wednesday are not typical of most Republicans. I believe even the most ardent mainstream Trump supporters would never behave that way. I think most people who are old enough to vote understand the cyclical nature of elections. Part of the beauty of this system is that it keeps us from moving too far in one direction or another.

Ours is not a perfect system, but I think it is the best system available to govern so many diverse people.  The push and pull of opinions, discussion and debate of ideas, the delicate balance of compromise and coalition … these are things that keep us moving forward in a generally peaceful manner. This is not an old-style monarchy. We do not pledge fealty to a King. George Washington famously refused to run again for President because it was deemed so important for people to understand that that would be peaceful transitions of power between presidents. Elections might be ugly, but the ultimate transitions would not be. We cannot have a riot every 4 or 8 years because some people were not happy with the outcome.