New Year’s Eve then and now

2021 has arrived, with far less of the celebratory fanfare than usually marks to date. You can’t exactly have people standing practically on top of one another in Times Square while in the midst of a pandemic. I was in that crush once, by the way – Totally not worth it!

I remember New Year’s Eve dinners with my family at the House of Chang, which was a great, traditional Chinese restaurant in Valley Stream, New York. The first floor was the restaurant and on the lower level were ornate banquet rooms, each one behind a separate pair of heavy wooden doors. 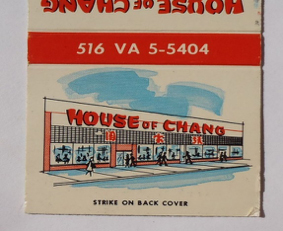 On New Year’s Eve we ate in those banquet rooms downstairs, with noisemakers and the like passed around by the staff. It was a terrific restaurant. Waiters uniformed in black pants and dark gold dinner jackets brought food to the tables under domed silver cloches that looked something like this, although I’m 99% sure that the ones used by the restaurant had an elevated base: 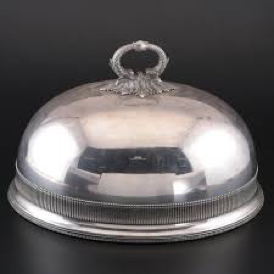 Then, I got older. New Year’s Eve became a night at parties with my boyfriend and friends. Chris and I went into Manhattan a few but times to celebrate. Once was to Times Square, another time to a rooftop party, yet another at a hotel ballroom. There were years we celebrated at catering halls on Long Island. One year I got drunk and fell asleep (or passed out) at a party in a friend’s house – I don’t remember what year, but it was while I was in college.

I remember looking out the back of an ambulance window at snow flurries falling on New Year’s Eve 2008, while being transported from a Long Island hospital to a physical rehabilitation center in White Plains, New York. It was depressing and awful, but New Year’s Eve 2013 was worse … my first as a widow. 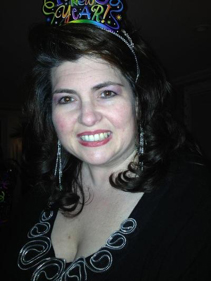 For a number of years before Chris’ untimely death, we would attend a New Year’s Eve gathering at the home of a close family friend. I had the kids continue that tradition for several years after he died, so they would have something to do that night because I certainly wasn’t physically or emotionally able to host a party. 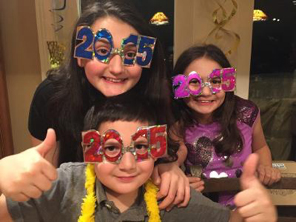 Then, the family friend had to discontinue hosting his New Year’s Eve gathering and so I would plan some celebration for the kids and I at home.

This year it all changed again.

Both of my daughters have boyfriends. With the pandemic situation, nobody we know is hosting big parties.  My older daughter and her boyfriend were invited to get together with her 3 best friends, and my younger daughter was invited to the home of her boyfriend and his parents. There was much hemming and hawing, particularly from one of them, because of a reluctance to leave me alone at home on New Year’s Eve. I do have a third child, but as a typical 15-year-old boy he’s mostly interested in hanging out playing on his iPad and not with me – of course!

So, one of my daughters declared she wasn’t going out because she didn’t think it was right to leave me, and then the other daughter felt bad and said fine she would stay home too. I couldn’t allow that. What kind of parent would I be if I encourage them to miss out on celebrating the way they wanted to do, which were perfectly reasonable types of plans on both of their parts? I quickly came up with a new plan – we would start a new tradition of sharing Sunday brunch instead of New Year’s Eve. I was persuasive and convincing, and they both agreed to the new plan.

Brunch did not exactly happened as I had envisioned when I proposed it, but it did happen and that’s a good step forward in a new direction. 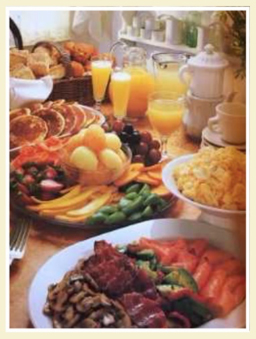 (Brunch in my imagination)

The most difficult part for me was that it hammered home again a painful topic I have thought of before … that in the not too distant future the kids will have grown up and moved out, and my dogs will be gone (one of them is already 11-years-old) and it will just be me, alone.

Being widowed is rough. Being disabled and basically homebound is rough. Both factors together strip you of your friends, your social life, your ability to go out and grab a cup of coffee or walk on the boardwalk, pray in church, watch the sunset on the beach … pretty much everything, including pandemic friendly things. Brutal.

Most of my problems are just that .. MY problems. All children have their own problems to deal with in their lives every day. I certainly don’t need to add to that more than my situation already does.

I never imagined I would be in this situation like this. When you’re coping with tragedy and stress, and dealing with things in life that are completely out of your control, you have to go into survival mode. It’s called that because it’s the only way to survive, not because it sounds dramatic or something. The last thing you need at times like that is to make things more dramatic, but you also have to deal with reality. Reality means you do what you need to do to survive the immediate situation, and then you progress step by step along the best possible path for you and your needs.

When silence gets loud

Given my particular situation, I think that on a day-to-day basis I cope reasonably well. Then I periodically get what amounts to a gut punch. This time it was realizing that the day when my kids will be completely out of my house is really coming close. Nothing is the way Chris and I had planned it to be. It isn’t even close to any of our contingency thoughts or ideas.

I’m left hoping that my efforts to build community between people will eventually help me as well. There is value in some solitude. Silence can be a lot of things. Quiet time gives you a chance to think, meditate, listen to your inner voice. Some spiritual groups take a vow of silence and choose it actively.

But I think that when it’s in quantities too large, not of choice, and having no prospect of it changing – well, that can actually make silence very loud.  “Empty nest syndrome” is a common term used to describe sadness parents feel when their kids grow up and move on. It is not some kind of unusual phenomenon. I think when it is compounded by other life factors that cause painful solitude, then the prospect becomes even more overwhelming.

Nobody’s grief journey is the same as that of anybody else. No one’s disability is necessarily the same as somebody else. And on top of it all, changes necessitated by the global pandemic have further complicated  socialization opportunities for everybody, and made it even more complicated for the disabled.

As we start this new year under clouds of uncertainty about so many things, consider making time in your week at least once a month to reach out to a few people you don’t normally see or talk to. Pick up a phone, write an email, send a text, write a letter, send a card. For no cost at all or for very little cost you can give somebody the gift of human interaction. It doesn’t matter what their personal circumstances are … or how busy you think they are … let people know you are thinking of them.

Want to reach out to me? I’m always here to listen and reply … you can email me at frominhere@gmail.com. When the premium part of the website debuts, there will be chat boards where you can interact with other people about anything you choose, and who share your interests. You can also go on over to the From In Here Facebook Community Page to share things and interact with other people.