So, this happened the other night

A couple of nights ago my daughter came home without her new car. I have a big array of security cameras showing inside and outside my house, and I happen to be looking at them when she got dropped off at the base of our driveway. I thought to myself for a second … hey, I thought she drove tonight? And almost simultaneously I realized that her empty parking space in the driveway confirmed that fact.

I heard her come in the front door and go right up to her room, which is not unusual for her to do. Instead of waiting for her to come down and say goodnight, I called her on her cell phone. The conversation went something like this:

“Yeah, that. Where the heck is the car?”

“Yeah. I had a couple of drinks and didn’t think I should drive so Jane dropped me off. She’ll pick me up tomorrow to take me to get the car.”

It was a very quick exchange, probably less than 2 minutes. After I got off the phone, mentally unpacking that conversation took me hours that night.

Here are the main issues I tried to work through:

I was a good kid as a teenager and early in my 20s … which I mention because my oldest just turned 20 a few weeks ago.  My mom was strict and I was not, by nature, much of a rule breaker.

Except, in certain ways, I was.

Are you a hypocrite if you don’t admit to your teens about your past behavior? Is it unethical to hassle them in some ways about rules that you did not yourself obey? Are you somehow condoning certain behaviors on their part if you tell them about your own past behavior?

Despite what our kids think, many parents have “been there and done that” to at least some degree when it comes to things like alcohol, sex, wild behavior. Many have experimented with illegal drugs. Without seeming to send a message that these things are OK, how can you use the knowledge and wisdom gained from your past experience to help your kids make good decisions without being a hypocrite? How do we balance seeming to stand on a holier-than-thou preaching soapbox as opposed to hauling out this T-shirt? 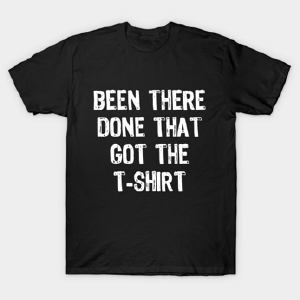 I don’t want to be one of those idiots people who says basically, “Do as I say, not as I do.” [Or more accurately, as I did.]  I know that no matter what I say, my kids have to form their own value system.

“Tell me the truth”

How many times have you said that to your kids? Many times over the years I felt like a professional interrogator.

Sometimes the questionable nefarious activity was so funny that I broke down laughing, or my husband did. When a little kid covered in orange icing insists that she did not eat the Halloween cupcakes, despite the evidence all over her shirt and her face, that’s pretty funny.

So how honest is too honest?

In spite of stressing honesty and its importance in developing trust, as a parent I just can’t share everything with my kids. My oldest knows more now about me than she did when she was younger, but certainly not everything. I definitely believe we can have an honest relationship without full disclosure.  I don’t expect her to share with me all the most personal details of her friendships or her relationship with her boyfriend.

There have been times they have asked me questions about these issues, and I have answered honestly. Other times I have honestly told them that I am just not answering them about whatever question they have posed. If they ask those things again in the future when they are older are older and understand things more, maybe I will reply. Currently they are at ages when their value systems are evolving still, and when impulse control and judgment are not stable.

Protecting them is my priority

It is certainly a pretty common sentiment among parents that their children become their top priority in life. Even before they are born, we worry about pretty much everything to do with them. As kids get older, the worry really doesn’t lessen – it just changes.

Frequently over the years I have read that teenagers believe they are invincible.  When assessing potential danger, they think that the worst outcomes “won’t happen to me.”  It makes them more likely to take part in risky behavior.  Not all risky business has a fun outcome. 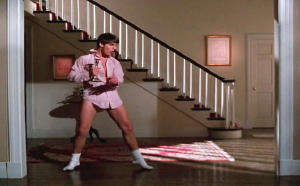 Even though they see pictures of their parents being young, I think it’s always hard for kids to imagine that as a reality. To them, those were the ‘olden days’ and everything was different. In some ways, they’re not wrong. We had Internet, social media did not exist the way it does today. It wasn’t a situation where just about everybody is carrying around a pocket-sized mobile phone device that records audio and video evidence of anything and everything we did.  I don’t have to worry about moments of questionable judgment in my life showing up on the Internet.

How I handled the situation the other night

I didn’t end up giving my daughter a hard time at all about leaving her car at a friend’s house. She absolutely made the right decision by choosing not to drive home. Since my husband – her father – was killed by a DUI driver, it is a subject we take very seriously. I was not happy that she had a couple of drinks but it would have been extremely hypocritical for me to come down on her hard about it, because I certainly had been doing the same at her age, and probably a lot more frequently.

I really wanted to ask 100 questions. It would’ve been nice to slip in a little bit of a lecture. But she did use good judgment and made a smart decision, and there is no way I can fault her about that. Instead I’m going to be proud of her end a little bit more reassured that hopefully she’s also really been listening over the years to other parts of my best attempts at providing parental guidance.