I started Friday the 13th off in a sticky way. One of my beloved kids gave me a cup of lemonade, over ice cubes, just the way I like it. When I reached out to pick it up off my table I discovered that the cup was wet, which made it really slippery. I hurriedly put it back down on the table and it caught the edge of a tube of Blistex that was next to my computer on the table. The cup tipped over backwards. As disabled as I am, I couldn’t reach far enough to get a good grip on the top of the cup so that I could stand it back up again.  It was one of those moments that stretches out in time … and then a thin but constant river of lemonade started streaming off the edge of the table and into my lap. I couldn’t jump out of the way because … Disabled, remember? Lemonade quickly drenched the covering over my lap and ran everywhere. Talk about cold!

I could have called one of the kids through the Alexa, or by utilizing the ‘Hey Siri’ function on my iPhone. Nah. Instead I resorted to the old— fashioned, time- tested method of screeching like a lunatic. Under security camera I could see when my son heard me from his refuge in the basement. He sprinted upstairs in record time and stopped the lemonade fiasco.

2 additional unfortunate things happened to me within a couple of hours of the spillage, and then it was brought to my attention that it’s Friday the 13th.

So what is the big deal about Friday the 13th?

Most people I know kind of joke about Friday the 13th being unlucky. But some people do believe it is so, to an extent that impacts their lives negatively. As with any fear, the fear of Friday the 13th can become irrational. When it gets out of control it actually has a scientific name: “triskaidekaphobia”. What a great word for a spelling bee, right?

Curious about why we consider Friday the 13th to be an unlucky day, I started looking into where that belief started. A few sources I found dated the perception back to folklore traditions the Norse people. There is a Norse myth that 12 gods had a celebration in Valhalla. Loki, a god known for being a trickster, was not invited. He showed up anyway as the 13th guest. Loki arrange to have one guest kill another with a mistletoe-tipped arrow. After the murder of the world got dark and grieved. Since Loki was the 13th guest, 13 became thought of as an unlucky number. 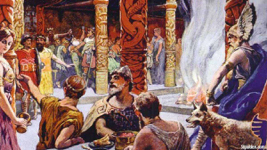 Another explanation for the origins of unlucky Friday the 13th comes from the story of Jesus’ last supper and crucifixion. Religious teachings say there were 13 individuals up the Last Supper, which was the meal Jesus ate with his followers the night before his death on Good Friday. 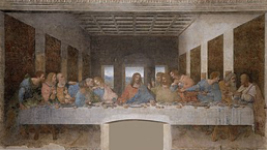 Another possible origin of the superstition is one I came across when researching my family tree, which includes a member of the Knights Templar. My ancestor who was part of that group lived in the 1100’s. But on Friday, 13 October 1307, Philip IV of France reportedly arrested hundreds of the Knights Templar and had them killed to end the religious association because he owed them a lot of money, and was trying to strengthen the monarchy over the Church. Fictionalized references are made to the conflict in multiple books over the years, including Dan Brown’s 2003 novel The Da Vinci Code. 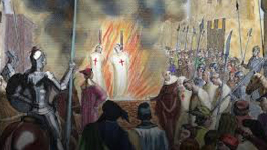 In 1907,  Thomas W. Lawson’s popular novel Friday, the Thirteenth was published.  It was popular and contributed to spreading superstition about the power of that date. In the book, a nefarius broker takes advantage of the effects of superstition to cause a Wall Street panic on a Friday the 13th.

Other terrible events that have happened on Friday the 13th include

Rest assured that plenty of good things also happen on Friday the 13th! I will be sure to share a bunch of those with you another day, when I’m a little further removed from the lemonade fiasco.

Does Friday the 13th really freak people out?

According to several studies I found, it is estimated that as many as 22 million people in the United States are impacted by a fear of the day.  Some people are so afraid to follow normal routines on a Friday the 13th. They avoid travel, doing business, making decisions, getting married, sometimes even getting out of bed or leaving the house.

Because of the negative perception people often have about the number 13 in general, there are many office buildings and hotels that simply don’t use the number 13 to designate a floor. When numbering the floors, they skip directly from 12 to 14 instead. Obviously the 13th one is still there! It just becomes called 14 as if that actually makes it so.

Trying to make light of it

In the late-19th century, a New Yorker named Captain William Fowler was annoyed by the stigma surrounding the number 13. It aggravated him to no end. Fowler started a very exclusive society he called the Thirteen Club. The members got together regularly on the 13th day of the month in room 13 of the Knickerbocker Cottage, which was a popular place Fowler owned.  Meals at these gatherings would have 13-courses. Before sitting down to eat, the members would walk under a ladder, which is another superstition about bad luck. The room would be hung with a banner that declared “Morituri te Salutamus” – meaning “Those of us who are about to die salute you.” 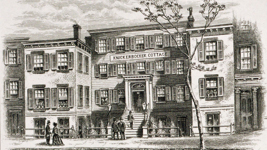