This will post to my blog website on November 2, 2020, one day before the presidential election that will decide if Donald Trump or Joseph Biden will be the President of the United States for the next 4 years.  It’s been an ugly election cycle, as most of them throughout history have been. Some elections have uglier than others, and this one ranks right up there with the most cringeworthy of them.

This time around the stakes seems somehow even higher because of the ongoing coronavirus pandemic. It is an ongoing crisis issue that quite literally threatens the health and well-being of every single living person. Covid-19 doesn’t care if you are a Democrat or Republican, liberal or conservative or anyone or anything in between.  It’s certainly not the only issue that matters, but to me it’s beyond sad that instead of bringing people together in spirit, this crisis has polarized people. It has become one more cause of discord and dissent.

I’m old enough to vividly remember the animosity of presidential elections over the last few decades. Virulence and anger always run rampant. Commentators always say it’s the most angry or dirty or hate filled election. If you actually look back through history, vicious elections go right back to the early days of this nation. 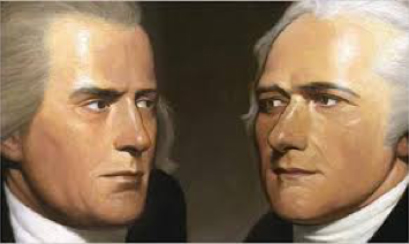 The hit Broadway musical Hamilton has educated a lot of people about the ugly discord and rivalry between Thomas Jefferson and Alexander Hamilton. Of course, in the musical it is a fictionalized account, but there is absolute truth is the fact that those 2 founders of this country were bitter rivals who hated one another. Fortunately, at that time George Washington was here to admonish and encourage them to find a way to cooperate with one another that went beyond their mutual animosity. The letters he wrote to them still exist as tangible proof of that. He encouraged Jefferson and Hamilton to figure out a way to deal with one another for the benefit of the country.

I understand that it part of the nature of the beast, as the saying goes.

In an election the stakes are high. Everybody wants to win; nobody wants to lose. Some people revert back to the little kid urge to call names and lob insults. There is a lot of meanness and yelling, and very little listening.

When do we wake up?

When do “We the People” actually wake up and realize that people are more important than politics? Social media is a battleground of unfriending and unfollowing, disconnecting and dishonoring, all based on political positioning. The 2020 election is going to end in days, even if it takes a few weeks to count all the ballots because of an increased number of mail-in votes. And then in 4 years we do it all again.  No matter who wins or what happens in between, the schedule that the system runs on is certain – we have a presidential election every four years.

No matter what your political views happen to be, we are all still in this together. I know it sounds simplistic. But that doesn’t make it any less true. Whether you are male or female, white, black or latino, rich, poor or middle-class, Christian, Jewish or Muslim, Native American or a recent immigrant, no matter your sexual orientation, and anything and everything else in between all of these classifications … if you’re a citizen of the United States then you have more in common with your fellow voters than you may like to recognize or acknowledge.  We are all in this together.

Political Sectarianism is a description I have read about several times, and it is extremely accurate as a way to describe one political group viewing its opponents as being morally repugnant. When one side does it, the other side reciprocates. It all creates a cycle of hatred and intolerance that breeds discontent and disconnection. It breeds anger, and even violence at times.

The more we polarize and disconnect from one another, the more that politicians lose the incentive to be responsive to everyone. Everything becomes focused on their “base” … the target segments of the population whose support yielded enough votes to provide an electoral win. Politicians also lose incentive to broker compromise and seek common ground between groups with opposing views.  They don’t want to risk seeming ”weak” on the issues that are most important to their political base followers, and so they work to keep those followers enthusiastic and engaged, even when that means demonizing other Americans for having different opinions. 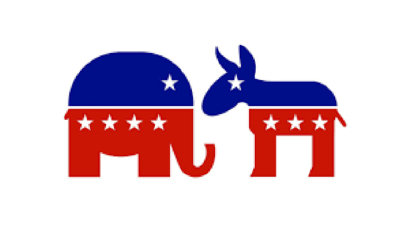 We tell our children that bullying is wrong. There are no bullying campaigns in school, presentations about anti-bullying messages, studies about the incredible damage that bullying does to our children … and then during a political campaign you can watch while opposing sides bully one another relentlessly and viciously.

Nobody lives in Utopia. Of course, politicians want to win! The stakes are always incredibly high in any political race. And as a student of history I know that this is not something new overall development. But I do think that we have stooped to all-time lows in this regard.  In the midst of a virulent pandemic, even basic preventative measures like wearing a mask became a political football.

What do we do about this?

There’s nothing wrong with having strong feelings about things. It’s often actually a good thing because it prompts change. Strong feelings motivate people to volunteer to assist with causes they care about. It inspires people to try and make a difference. In many cases, issues don’t necessarily have a purely right or purely wrong stance. The important issues in life are usually not black and white; life is full of shades of grey (dare I say, far more than 50 shades). 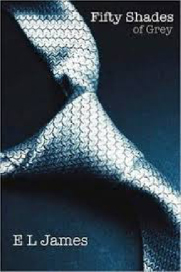 You have to be able to talk to people who don’t agree with you. If you can’t manage to do that you’ll become uninformed about things outside your immediate focus. When you’re uninformed you’re easily swayed and influenced. You should always have the right to make your own choices and your own decisions about how to cast your vote. But if you’re not making an informed decision, you’re not really making a decision at all … you’re just blindly obeying somebody.

We’re fortunate that we have choices, even when none of those choices might please us very much. Cast your informed vote and let others cast theirs in peace. No matter who wins the election we are not all going to be pleased with the outcome. But we are all still a part of the process if we choose to be, and your neighbors will still be your neighbors tomorrow. I hope we can all accept victory or defeat with grace, and that the candidates will do the same. If you end up not happy with the process or the result, focus on what you can do to make it better for next time and make the 4 years until the next election productive instead of destructive. 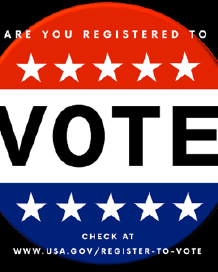