More than once in blog posts I have shared links to TED Talks of different types, and made reference to them. It was just recently that a couple of different people asked me who Ted was, understandably supposing that the organization was one founded by somebody named Ted. I realized I was foolish to just assume everybody was really familiar with the platform beyond basic name recognition.

TED is an acronym for Technology, Entertainment and Design.

TED is also a nonprofit organization devoted to spreading all different types of ideas, usually in the form of short, powerful talks of 18 minutes or less. TED began in 1984 as a conference where Technology, Entertainment and Design all converged. Today TED actually covers almost all topics.  I have watched talks on innovation and science, psychology and business, women’s issues, environmental issues, global and humanitarian issues. I’ve read that some talks have been translated into more than 100 languages. As the company itself states on its website:

“TED is a global community, welcoming people from every discipline and culture who seek a deeper understanding of the world. We believe passionately in the power of ideas to change attitudes, lives and, ultimately, the world. On TED.com, we’re building a clearinghouse of free knowledge from the world’s most inspired thinkers — and a community of curious souls to engage with ideas and each other, both online and at TED and TEDx events around the world, all year long.”

Whereas TED events have more of a global approach, TEDx events usually are more focused on local communities and local voices. When you see the ‘x’ in TEDx, it indicates an independently organized TED event.  These can be either global or local. Either way, events with the ‘x’ designation are still organized under the general direction and guidance of the TED brand.

In an interview for Forbes magazine, Lara Stein, the Founder and Director of TEDx,  summarized the TED philosophy and approach in this way, “it’s about simplified, authentic storytelling.”  TED actively seeks to be diverse and inclusive, and TEDx furthers that aim.

According to the data I found, TEDx events have been hosted in 130 countries and 1200 cities thus far. These locations include remote and unexpected places such as Bagdad, Kenya, Sao Carlos, the Antarctic Peninsula, Libya and in “Skid Row” in Los Angeles.

I think it’s pretty understandable that in order to operate in so many areas, TED cannot possibly staff every event.  Because TED wants to allow as broad of a range as contributors as possible, it no longer completely controls its content or its brand. The organization has strict requirements for applying to be a speaker, or to conduct an event. Still, local organizers have an unavoidable level of autonomy.

TED and TEDx are events that are pretty widely recognized for their high quality, likely because organizers and staff are interested in making a difference. No matter what you do, if you care – if it matters to you – then you do the best you possibly can do.  In part of a mission statement of sorts, the organization clearly states that one of its goals is to ”make great ideas accessible and spark conversation.’” It’s obvious to me that TED accomplishes that quite well.

What is a TED conference?

As I mentioned earlier in this article, TED stands for Technology, Entertainment, Design, which are 3 subject areas that are constantly shaping the world and society. TED conferences are where the TED Talk videos are filmed. They are commonly held at college campuses or at conference / convention centers. There are different types of conferences, ranging from a few hours to a week. On the longer end, a week-long conference might include more than 50 talks.

Speakers don’t just pop up on the stage and grab the microphone. TED staff work with them prepare every detail of their presentation, and make sure it comes in under the 18-minute time limit. Not every presentation becomes a “TED Talk” that is released to the public.

There are actually different varieties of TED conferences. The best of these talks are posted on TED.com, as are the talks that happen at the main annual conference. 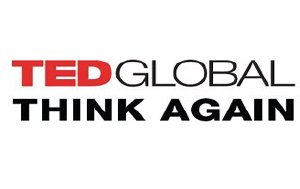 Some Types of TED conferences

The original TED Conference is held every year on the North American West Coast, in Vancouver. The breadth of content includes science, business, the arts, technology and global issues. Eighteen-minute talks are interspersed with shorter presentations, including music, performances and comedy.

TEDGlobal travels the world and is more international in nature, as the name indicates. Organizers adhere to the TED format, with a range of speakers and performers for a week of sessions. Places where TEDGlobal has been held include the United Kingdom, Tanzania, Scotland and Brazil.

TEDWomen is a 3-day conference about the power of women and girls to be creators and makers of change. The conference includes speakers, workshops, events and discussions.

TEDYouth is a 1-day event for middle and high school students. It involves live speakers, hands-on activities and conversations. Speakers share short talks on what they do best, serving as a source of knowledge and inspiration for youth.

If you want to be in the audience at a TED conference, when is possible post-Covid, you actually have to fill out an application. If you are selected to attend, there is also a fee. On the plus side, since TED is a nonprofit organization, a portion of most conference fees is apparently tax deductible. On the downside, conference fees are pretty high. According to everything I’ve learned, fees can range from a few $100 to $10,000. It varies based on what level of conference membership you pick and which conference you want to attend.

In the process of researching information for this article, I found some criticism of the organization for being ‘too liberal’ in selection of speakers, there are more than 2600 TED Talks available to watch on the Internet. Obviously, I’ve only seen a little fraction of them. From what I have seen, and all the digging I have done about it, I think that accusation is rather unfounded.

I have read criticism that TED is elitist and inaccessible to most people because of the application process and the high fees. There is definitely truth to that.  Content is made available free though, over the Internet.

I have also come across criticism that TED office speakers who provide simplistic solutions to complex problems, and the format doesn’t allow for opposing opinion. Well, no “single speaker” format would allow for such a thing. As far as simplistic solutions, I don’t think most are really offering any type of solutions. Rather, they are sharing viewpoints and ideas.

In a civilized society, I think we all benefit from opportunities to listen and share ideas with other people. What do you think about that?

If you want to check out some TED Talks that might catch your interest, this will take you to a tool on the website that is designed to help: