Trust can be a risky and dangerous thing. When you trust someone, you give them the power to hurt you. That hurt might be minor, or it might be huge. Despite my best efforts not to, I tend to be too trusting. And as such, I have been stolen from, hurt, and betrayed often enough that it is embarrassing.

When you are disabled, it is easier for people to take advantage of you. Same for when you are a widow. Add in being someone who tries to believe the best of people, and you have a perfect trifecta of vulnerability to the machinations of false friends, shady contractors and general users.

I am going to just share 4 examples of my experiences with you today. 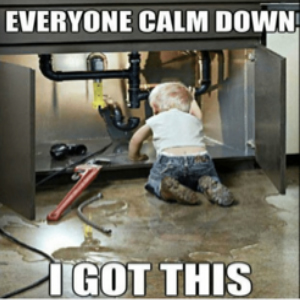 First, a shady contractor beyond compare. This man was recommended by a friend. He did several jobs for me, all of them well done. And then I had a flooded back room to deal with. I made sure the room was dried out, but it had to be completely redone because of the damage. Mr. Contractor gave me an estimate that was not the cheapest and not the most expensive. We agreed on it. He started the work, and never finished.

Since I am disabled and could only view the room through photos, the pictures he shared with me were intentionally deceptive, although I did not know it at the time. After a week or so he told me he was almost done, just had a couple of last touches to do. He had done a half dozen smaller jobs for me over the prior 18 months and I trusted him. I paid the balance I owed him because he assured me he was basically done. What a huge mistake on my part! He never came back. My assistant checked out the room and told me of the shoddy workmanship. The photo she took were a terrible testament to the fact that he had completely taken advantage of my inability to check his work in person myself.

I texted him a few times in the next couple of weeks. He responded once, promised to come back, and never did. So, I had to bring in other contractors to try and find somebody to finish the work. Their reviews show that he had done more than not finished, he had bungled what he had already done. 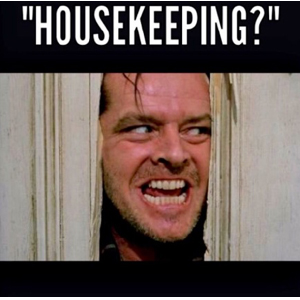 Then one day she had a major, racially charged freak-out on somebody else who worked for me. Once Elizabeth left my house, I called her cell phone, and she did not answer. I left a message then sent a tactful text that clearly, she was not happy working for me anymore, and I wished her well. I had no interest in arguing with her about her crazy behavior. I never heard from her again. Although her husband did show up to try and bully me into paying her for an extra month because I had not given her notice. I pointed out that she had assaulted somebody at my house and destroyed my property, and invited him to leave.

Over the course of the next week I found out that one of those giant coin-bank soda bottles we had was gone. It had been ¾ full and would have held at that point over $600 in coins. Far worse was the fact that all of my mother’s jewelry that had been left to me was missing from the rear of my second-floor closet. After my mother passed away in 2005, I had labeled each jewelry box with the name of one of my children, for them to inherit from their grandmother. For multiple reasons it was very clear to me that Elizabeth was the culprit. I tried to reach out to her, and her cell phone was disconnected. She violated my trust in an intensely painful way by stealing my mother’s jewelry, thereby also stealing from me the chance to pass it along to her grandchildren. 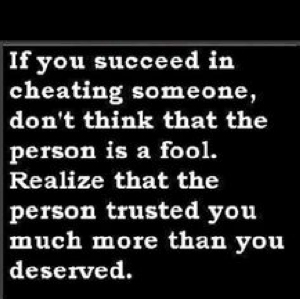 The most financially damaging violation of trust was from the next woman. When my father died unexpectedly in 2016, I heard just a few days later from TC, a woman I knew from my time at a sub-acute physical rehab center in a nearby town. I had known her well from the 9 months I spent there in 2008/2009. In the year after my husband was killed my MS flared up terribly and I ended up in the hospital 4 or 5 times, and in the rehab twice. When TC called to offer her condolences and her help, I was very appreciative. This woman had known my husband and my father. She attended my eldest daughter’s First Communion. She accompanied me to a couple of events at my daughters’ school, including Mother-Daughter Night. She had accompanied me to medical treatments, including stem cell. When a friend of mine called with a last-minute invitation to attend a private group reading with the Long Island Medium, TC went with me. She chatted, socialized and enjoyed herself.

I laughed with this woman, cried with her, was thoughtful and generous with her. And she ended up stealing a little more than $20,000 from me.

Let me explain how she managed that. In the couple of years after my husband died, some things around the house were deteriorating; the front walk, the flower bed retaining wall in the back of our yard, the black top driveway, the black top walkway on the side of the house. After a lot of deliberation and worry, it made the most sense to replace all the broken brick and buckled black top with sealed paving stones. I hired a contractor to do the work. And then my dad died.

The scope of the project was sizeable for me to monitor considering my situation. In addition to the primary expense of the masonry, there were also costs for landscaping, sprinklers and fixed items related to the in-ground pool. Although I had figured out how to pay for everything, I soon realized that my calculations were every couple of weeks I was running short. The constant construction sounds, contractors, three kids under the age of 16, 3 dogs, the MS, physical pain, emotional pain … I wish struggling to get through each day and retain my sanity.

In early November of that year I had enough. The construction was almost done, and I could not figure out how my budgeting was still consistently off. I would routinely check my checking account balance every couple of days by automated telephone line. Because I can only use one hand, it is pretty much impossible for me to open and juggle the multiple page statements. I would, however, have an assistant file them for me every few weeks along with other important mail.

I wrangled by 16-year-old daughter to open several of the envelopes. Giving my limitations, it took me quite a while to go through them. There was a lot of checking account activity. It made sense because I was paying a variety of contractors very frequently. I began to see a pattern of checks in the $800 – $900. range. I started to freak out. This paving project was huge for me. It had been difficult to come up with funds to pay for it. I had factored in a little extra for overages, but this was clearly a pattern extra checks being written.

I contacted my bank and requested copies of the suspect checks. They were all made out to cash and endorsed by TC. I will spare you the ugly details that unfolded. The bottom line was that she had discovered where I kept my extra checkbooks and had been helping herself to them. She knew how chaotic things were, how stressed I was, and she decided it was a golden opportunity to steal. In the end I spent money on an attorney, the bank would not cooperate with the Police Department, so the Police Department said there was nothing that could be done. The bank reimbursed me for the very last check that she stole and that was it. They told me it was my fault I had not discovered it sooner. And she still works in a physical rehab center where there are also floors with elderly, even more vulnerable people. They trust her because they don’t know any better. 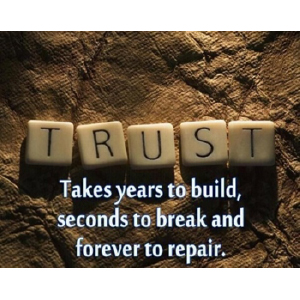 The last example I want to share cost me the least in terms of dollars and cents but was just as painful a breach of trust. To be truthful, it may have been the most personally painful. I think not everybody can relate to the first few examples, but I suspect this one is universal. This was someone I counted as a friend. I sincerely cared about her and her children. She was also a friend to my children. Her life and living situation was very frequently in flux. I offered her whatever support I could, and when that included ‘lending’ her money, that is what I did.

Multiple people warned me off from being friends with her. And in my heart, I knew she was not completely trustable. But I empathized with her situation, even though it was one I had never personally experienced. I did not want to judge her based on other people’s opinions and cynical perspectives. I saw her as a nice person whose problems were not all of her own making, and who was trying to do the best for her children.

Given her situation, I never expected her to pay me back in dollars. We did, however, agree on a plan for her to pay me back by assisting with a non-profit I run, and running some errands I cannot physically do. Instead of following through, she and her children basically vanished from our lives. No visits, no phone calls, no texts. That is the part that was a terrible breach of trust.

I Still Believe Most People are Good.

My children have been witness to the actions of the 4 individuals I described above. Their young ages at the times affected how much I was able to hide these experiences from them. I know it affected them to some degree. My eldest admonishes me that I am too nice to people. She is not a trusting sort of person now and will use those painful experiences as examples to explain why she is right in her suspicious approach to people.

As a parent, I find it extremely distressing that my child feels that way. I think all parents don’t want our children to trust blindly; after all, the world is a dangerous place. But you cannot let it make you cynical. Life is hard enough as it is. If you try to protect yourself by always expecting the worst in every situation, you are then making it 1000 times more difficult to enjoy your life. Life is way too short to spend it angry and becoming increasingly bitter.

Being disabled and a widow makes me vulnerable to people who are willing to take advantage of those things. But even though I understand it might seem foolish, I do still believe most people are good.