A comment from a reader last week had me thinking about something I have wondered before …  Are we too easy on our children, particularly our older teenagers? Or do we expect too much from them?

Look back at history it seems almost ridiculous to say that we are too easy on them. First let me say that I am going to speak in generalities – Obviously, there are exceptions to everything. 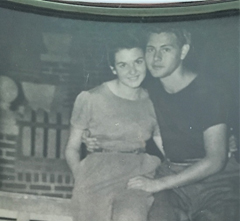 My paternal grandfather was drafted into the army at the age of 23, when my paternal grandmother was about 21. They had been married for just about a year.

My own parents were married in February 1966, as shown in the 2 photos below. Mom was 18, Dad was 20, and was that age when he went to Vietnam to serve in the army. 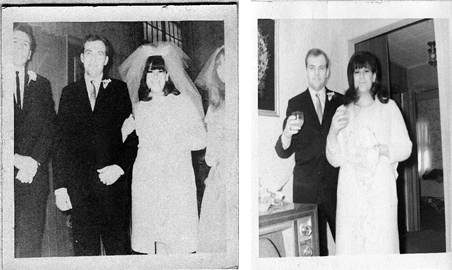 My oldest child is 19, her boyfriend is 20. To my eyes, they look so much younger than my parents as the young adults in the images above. I cannot imagine them in any of the situations I just cited for her my parents or grandparents. According to recent statistics, the current average age of a United States Army soldier is 29. Pew Research reports that the average age of active military personnel has grown significantly over the last 40 years. (https://www.pewresearch.org/fact-tank/2017/04/13/6-facts-about-the-u-s-military-and-its-changing-demographics/). On average, people are marrying later, joining the military later, maturing later.

Is that in any part because we as a society have become too easy on young adults? Have we enabled them to delay the responsibilities of adulthood, to the detriment of them and society? All jokes about Tide Pod consumption set aside, do we give them too little credit? Wait … one more meme first … 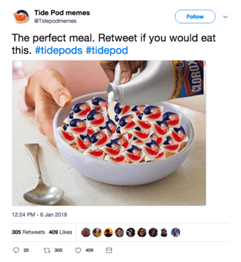 We worry incessantly about the feelings of our children getting hurt. As an example, the glut of participation trophies given to our kids gets ridiculous, because we want every kid to get a trophy so we don’t risk anybody’s feelings getting hurt. Those trophies do not represent anything more than showing up. In 2015, James Harrison of the Pittsburgh Steelers made headlines because he had his 2 sons return participation trophies they had been given. Harrison was a Kent State walk-on who went undrafted in 2002. He played a season in NFL Europe, and was cut by the Baltimore Ravens before latching on with the Steelers and becoming a force on that team. All those experiences drove him to “do better.”  He said he is proud of his sons and will always encourage them, but that participation trophies do not do that.

My own 3 children have amassed a lot of those types of trophies, along with ones denoting higher achievement. You know what? They don’t value them at all because even still as kids, they understand that those trophies represent nothing more than showing up. Are these trophies a deciding factor in encouraging our kids to become young adults, and then adults, while not giving them a real grasp on the problems, challenges and adversities in life? I really think that overall, they do more harm than good. Give the kids a participation photo, or ribbon, or T-shirt, instead of diluting the meaning and impact of a trophy.

A bigger issue facing our older teenagers may be the overwhelming amount of information and pressure they face every single day. Every generation throughout history has faced stressors and pressures – wars, disease, racism, sexism, terrorism, economic issues, political strife, religious conflicts, peer pressure, bullying. Our teenagers and young adults are facing them all right now. And the news coverage of all these things is in their face 24/7. The modern digital news cycle has no mercy.

And it’s not just on the news, it’s all over social media. The incredible growth in technology over the last couple of decades has made social media platforms, such as Facebook, Instagram, Snapchat and Twitter, have massive influence on people’s lives. People of all ages are obsessed with their mobile devices and that particularly impacts young adults. It is not a good phenomenon.

Almost every entertainer seems to have an opinion on some issues that they want to share, and they get attention and credence because of their name recognition. Words are not evaluated for quality as long as the speaker is a celebrity.

Research has shown that despite seeming to connect people, social media actually often increases feelings of isolation and depression, especially among teens. They’ve become used to popularity being measured in likes, shares, mentions and retweets. Social media posts can create feelings of jealousy, insecurity, fear that people are somehow missing out on what is important. Cyberbullying is a serious, sometimes dangerous problem. The abundance of technology also creates an environment of exposure to content that may not be appropriate, such as violent, hate filled, sexually explicit, dangerous or otherwise illegal content. Screen time has replaced a lot of face-to-face interaction, and that was even before coronavirus thrust social distancing upon us. Development of good social skills requires authentic social interaction, and teens are being sorely deprived of it.

One of the last remaining spaces for minds to rest might be books, and somehow our society is not encouraging reading as much as it used to. Plus, books have more competition than ever in the battle for their attention.

At some point in relatively recent years, the pursuit of college admission and graduation has become its own cottage industry of stress and anxiety. High school has devolved into a place where the focus is on higher education more than the in-the-moment pursuit of knowledge. Teens have to worry that academic performance will lead to being judged negatively by peers, berated by parents, rejected by colleges, doomed to a life of failure and unhappiness.

When my oldest child was a high school junior, I made the mistake of joining a couple of college information and preparation boards on Facebook. Mixed among the useful posts were ones that were actually chilling. Parents would share their little darling’s perfect  SAT and ACT scores, weighted 4.5 GPA, (bear in mind that a 4.0 is a perfect grade point average), plus extracurricular activities such as student government leadership, varsity sports, charity work that would put Mother Teresa to shame, and schedules that made you wonder when these teenagers even slept. The parents of those high-performing students were partially bragging and partially exhibiting stress from competition for admission to the highest tier of colleges. Occasionally one of these parents would report back crushing defeat when their son or daughter did not get into Yale or Harvard or Princeton or MIT, etc. It was clear that some of the parents couldn’t cope with failure to meet those lofty goals, and it made me wonder how on earth their children could’ve possibly have been taught to productively cope with failure, when the parents were not capable of it. It was very clear that because of the goal of being an ideal college applicant, some teens, (and their parents), were living a high school experiences to fit some admission counselors perceived preference rather than the one they personally would have wanted.

Is it really any wonder that teens often feel lost and have no clear sense of direction? When my parents and grandparents were teenagers, marriage was frequently a common fact of the age. Currently, the average age of the partners in a first marriage is between 25 and 30 years old. In 1960, the average age for marriage was 22 for men and 20 for women, and at times before that it was even younger. More than ever, being a teenager is an in-between stage of being a child and adult. They are becoming more independent, trying to make their own decisions, yet dealing with the fear of making the wrong decisions. This fear is especially acute when it comes to choosing what to study in college.

Using my eldest child as a reference again, she chose a very challenging focus for college. While in high school she had a part time job that she loved, working in a dental office. On her own she decided she wanted to pursue the goal of becoming a dental hygienist. There are very few college programs for that course of study, and although her high school career was fine, it did not put her among the top applicants for those programs. So, she spent a year in another college program demonstrating that she had the ability to be a solid college student and taking challenging science courses. Her average after that year was a solid 4.0. She had real life experience in a’ dental office, plus she’s a good writer and an excellent conversationalist, so she produced a stellar essay, and sat for a solid interview with the person tasked with culling the field of applicants. She achieved her goal and was admitted to the dental hygienist program at New York University, one of the very top programs in the entire country for that degree. She moved on to the campus and started the program with tremendous excitement.

A couple of months later she sat across from me in our home and gathered her courage to tell me that she hated the program and could not see herself doing this for her career. She intended to leave the program after the semester concluded. To say I was shocked would be an understatement. She had spent a year and a half getting into the program, and just as long working with a dental hygienist in a dental office, so she really had understanding about the career. I thought she was so sure about the goal she had set for herself. The amount of time and money wasted was distressing to say the least.

But the really important thing was that she had the courage to speak up, to look me in the eye and say she was wrong about her choice and wanted to make a change. I have been proud of her countless times in her life, yet never more than in that moment when she faced her fear of telling me that needed to make a change. It was only a week before her 19th birthday and she made an adult decision that many older people would be hard pressed to do. Believe me, not all of her decisions are equally mature, but I will always respect the courage she showed in that moment. Spoke to me of her solid character as a human being.

Even when parents have the best of intentions, the pressure they put on their children to perform well in every aspect of life can be smothering. There is a difference between healthy encouragement and unhealthy pressure and criticism, and piling stress onto them. My own life is highly stressful – widowed, disabled, solely responsible for everything about our house and our family. I don’t particularly try to hide the stress all the time, but I do try to buffer it somewhat. I know that the facts of our life are already inherently stressful for them; Their father was killed, their mother is disabled, the world is a scary place. They don’t need me unnecessarily compounding it all. I am not a mental health professional, but I think that teens need time to develop an adult identity. Not everybody has the opportunity to do that as gradually as would likely be ideal. Some kids, like mine, are forced by circumstances into growing up more quickly.

So, are we too easy on our teenagers or do we expect too much from them? I think the answer is actually ‘Yes’ simultaneously to both questions.  But maybe we need to go easy on them sometimes because the world itself expects too much from them and we need to be the providers of unconditional love and support before anything else.

1 thought on “Are We Too Easy on Today’s Youth?”