In casual conversation the other day, we were talking about at what ages my kids were when they learned to tie their shoes. My 16-year-old daughter remembered that she learned how to tie her shoes from SpongeBob. She still remembers the Loop De Loop song:

I remember first seeing the show while I was pregnant with my eldest child, who was born in 2000. She is 19 now and past her prime SpongeBob enthusiast days, but those days went on for years and years. Here, at her 2nd birthday party, her Dad, grandfather and I happily posed with a rather terrifying SpongeBob: 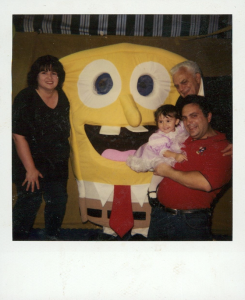 The brainchild of Stephen Hillenburg, an animator, voice actor and marine biology instructor who spent a decade developing what would become a fixture in pop-culture. I haven’t actually watched an episode in many years, but my younger daughter’s recollection about learning to tie her shoelaces started me remembering a lot of the episodes I did see over the years. There is a lot we can learn from the inimitable yellow sponge.

1. Optimists are happier than pessimists are.

SpongeBob has a dead-end job working for a self-centered, greedy employer who constantly takes advantage of him. Squidward, his grouchy neighbor and co-worker openly loathes him. Patrick, his simple-minded best friend, regularly takes advantage of him.  Through it all, SpongeBob loves his job, admires his boss and his co-worker, is loyal to his friend, and keeps smiling.

Consider the episode “Pizza Delivery” in which SpongeBob and Squidward are forced to start making pizzas in addition to Krabby Patty burgers because their boss, Mr. Krabs thinks he can make more money. They end up tasked with making a pizza delivery and, of course, stranded without gas in the middle of a desert. While Squidward is freaked out about being stranded, SpongeBob is worried about the hungry customer. He does the best he can in the circumstances, which get increasingly ridiculous.

The unappreciative customer ends up turning away the pizza delivery because he claims the drink he ordered, a Diet Dr. Kelp, is missing. I can identify with Squidward losing his mind as he wants to abandon the delivery and go home, but want to be like SpongeBob and fearlessly face adversity with a smile, a song and relentless optimism that makes him a happy sponge guy. 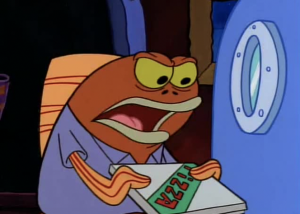 SpongeBob is his own biggest cheerleader. He is willing to tackle any problem or challenge, even when it seems impossible for him to succeed. If you’ve seen the show, you can likely hear in your head his nasally voice chanting “I’m ready, I’m ready, I’m ready!” as he psyches himself up.

3. Honesty is critical to success

Mistakes happen to everyone. SpongeBob certainly makes a lot of them, but when he realizes that he has made a mistake, he owns it. His strong sense of honor leads him to admit wrongdoing and apologize.

People get upset when he screws up, but they inevitably forgive SpongeBob because he tells the truth.

Go jelly fishing all you want to and be a proud patron of Super Weenie Hut Jr., even if no one else thinks its cool. Play clarinet and indulge in dramatic interpretive dance if that’s what makes you happy – even if you have absolutely no talent. Embrace your inner Mermaid Man, love your robot spouse (I’m thinking Plankton and Karen … what were you thinking?). Live where your heart leads you, even if you end up like a squirrel in an underwater dome.

You gotta be you!

In the award-winning movie Dead Poets Society, students at an all-male prep school are surprised by the unorthodox teaching methods of the new English teacher John Keating (played by Robin Williams). He encourages students to “make your lives extraordinary”, a sentiment he summarizes with the Latin expression carpe diem, meaning “seize the day.”

What does that have to do with SpongeBob?

Seize the day isn’t an obvious theme in SpongeBob. If you think about it though, it runs beneath just about everything on the show. An ordinary day could very easily become an extraordinary day when SpongeBob is involved, even if he is just at the grill flipping Krabby Patties, because he finds joy in being there.

We often don’t know how good life is until it’s gone or irrevocably changed. SpongeBob gives 110% of himself to everything he does. He lives every day to the fullest.

SpongeBob SquarePants is a reminder that life doesn’t usually make sense. For some, that sense of randomness leads to despair. For our main character, though, it’s a reason to celebrate. Every day has the potential to be something totally different. You could be driving a rock or making a sweater out of your own tears.

SpongeBob is an incredibly absurd show in an incredibly wonderful way. You can’t make sense of it; you just have to welcome it and revel in it.

The show’s creator, Stephen Hillenburg, died of ALS in 2018. He was 57.  By all accounts, he was shy. But he created a show that has connected with people for 20 years thus far.  The silly and the serious, the ridiculous and the profound, can brilliantly coexist. SpongeBob is proof. 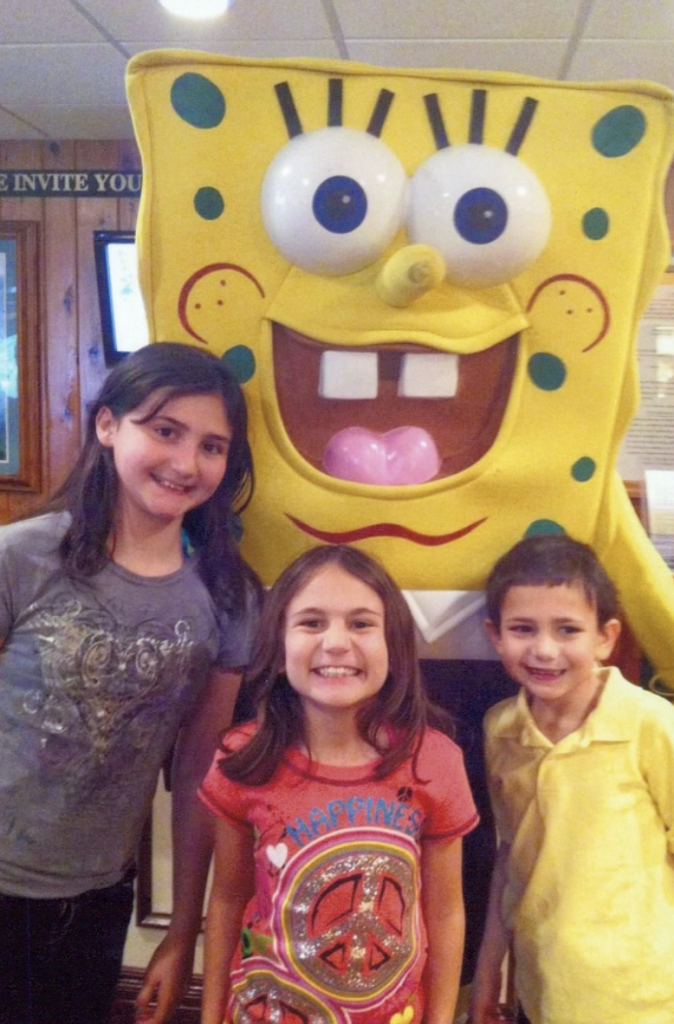