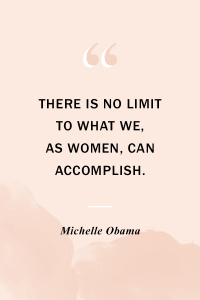 Last week, my daughter received a snap from one of her best friends. She was appalled by it and showed it to me. The friend of my daughter who sent the message is smart, tall, kind, slim, and beautiful. She is a wonderful person who has a generous heart, and she is a great friend to my daughter. Well, at the American Eagle store in the mall, another young woman informed my daughter’s friend that her legs were too fat for the shorts she was trying on.

The most obvious point first, and visible in the selfie sent; the teenager at whom the nasty comment was directed, is the furthest thing from ‘fat’. The description as applied for her would be laughable if it wasn’t so disturbing. Second, the young woman who made the obnoxious comment was a complete stranger to her and had not been asked for an opinion about anything at all. She just decided to volunteer her nastiness, delivered as public bullying.

When kids who are in elementary school and middle school bully others, we are ostensibly all over it. Schools have students make posters about ‘bully free zone’, and conduct school assemblies about ‘no bullying’. In an excellent private parochial school where there were constant reminders of no bullying, my eldest daughter was still bullied in sixth grade. She was bullied by several girls who were her friends. They bullied her about nonsense like her hair, her lunch box, the fact that she often had a book with her to read for enjoyment. She got pushed on the stairs, teased relentlessly, had ketchup poured in her lunch box. She began to not want to go to school, experiencing stomach aches in the morning from stress. My daughter stopped carrying a book around, stopped reading anything that was not required for school.

My daughter begged me not to say anything to the school. For a couple of weeks I listened to her frantic plea for me to not get involved.  But the bullying continued. I made an appointment with the school principal. Calmly, I sat down and discussed it with him in his office. Nothing happened.  So, then I reached out directly to the moms of the bullies. I spent a ridiculous amount of time crafting an email that I hoped would be tactful but firm, explaining the problem and asking for their help in resolving it. One mother assured me she would get right on stopping her daughter’s behavior. Another mother came to my house with coffee and, after thanking me for letting her know, she promised to speak to her daughter and to put a stop to it.  The third mother told me that I had to be wrong, that her daughter would never do such a thing. My email had been so tactful that it could have earned me a job as a diplomat. But after mother number three basically called my child a liar, I gave her very specific examples of things her daughter had done and advised her that I had witnesses for several of those acts. She then told me that my daughter should “grow up” already, and that girls just like to tease one another. She refused to understand that this mean behavior was well beyond teasing and was thoroughly into the realm of bullying and intimidation. Her opinion was ‘That’s just how girls are.’

Well, that might be true, but only as true as the belief that ‘boys will be boys.’ But really, truly, boys will be boys and girls will be girls … in the context of certain situations and relationships. When we just accept this as an unavoidable fact of life, those boys and girls become men and women who have grown up with the same attitude and justification for bad behavior.

You can call it natural if you want to, but it is an attitude that can be changed.

As a society we like to pretend that we have come so far. We tell ourselves we are enlightened because we have legalized gay marriage, adoption by same sex couples, and other things that were once considered taboo. Yet we are a society that still somehow pits girls against girls and women against women, like an extra twisted version of The Hunger Games. Of course, there is broad social awareness that it is wrong to behave that way, and there are many worthy exceptions. But it is ingrained in society for females to belittle one another. It is worrisome that modern women do not possess the solidarity you might hope for or even expect in a world that is supposedly heading toward gender equality. To level the playing field, we have to even the odds. 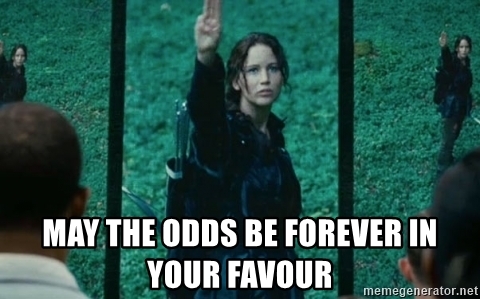 You may have experienced firsthand the crushing hurt of being excluded from the lunch table at middle school, or having ketchup dumped in your lunch box like my daughter did.  Maybe you’ve been at the other end of the equation; one of the crowds in middle or high school who excluded someone else because she looked, acted, dressed or talked differently. Or she had a hobby you didn’t think was cool … Like reading, or stamp collecting, or anything else that didn’t interest you. (I know this happens to boys as well, but I’m not addressing that today.)

Some mean girls never grow up, they just become mean adults. So, there are woman bullies in the workplace. Women have been bullied for bottle feeding babies instead of breast feeding, no matter the reason. Stay-at-home moms are sometimes targeted by so-called friends. At times they and their kids may be excluded from play dates, playgroups and birthday parties because they don’t work out in the ‘real world’. There is even bullying that goes on in adult care facilities and physical rehabilitation centers. It sounds crazy to think that places where there are senior citizens and disabled people have bullying in them, but I have seen it myself. It’s true.

When a group of people, be they children or adults, tease another person, the behavior gets magnified. The meanness gets worse. I use the word tease loosely here. There is lighthearted, affectionate teasing and then there is mean, ugly teasing. One of the most famous phrases in the entire history of Supreme Court opinions is: “I know it when I see it.” (The phrase appears in Justice Potter Stewart’s concurring opinion in Jacobellis v. Ohio, a pornography case decided by the Court in 1964). We know pornography when we see it, and we know mean teasing when we see it.  We recognize it but too often nobody says anything about it when they see it happening.

We don’t want to see the reality of women being mean to other women. We don’t want to reinforce frustrating stereotypes about how women can’t be taken seriously because they can’t get along with one other. We are supposed to be breaking the glass ceilings, not reinforcing them. Women being nice to one another does not somehow define ‘feminism’ or empowerment of women. It does not guarantee progress. Yet surely it would help a lot.

Niceness does not mean agreeing with one other all the time, as if we were in some kind of crazy ‘woman power’ female cult. But we have to get a handle on relational aggression, the technical term for female bullying. By definition, relational aggression is a type of psychological aggression in which covert tactics are used to harm other people and their relationships. These tactics include humiliation, intimidation, coercing, shaming, malicious teasing, shunning, and using other methods of emotional abuse in an attempt to harm others. Male aggression is more likely to include physical manifestations like hitting. Females are much less likely to fight with their fists, but they can inflict emotional pain on their targets that will last a lifetime.

We are so used to it that it seems natural when women and girls are so damn mean to one other. Techniques involved are typically more intentionally planned, sneakier and brutal than men are to one another. Meaner. I know this is a broad generalization. Of course, there are a lot of good people of all types in the world. I am aware that there are men out there who can rival the biggest drama queen ever imagined. And there are men who are incredibly wonderful. However, none of that is the point here.

Woman vs. woman is not some new phenomenon. It is a clash that happens in school age girls and young women over subjects like friends, grades, ranking in school, placement on teams, attention from boys, involvement in social organizations and popularity. For adult women the clashes become over men, friends, jobs, attention, recognition and perceived self-worth. At all ages there is bullying of all types about ridiculous things like clothing, hair, style.  We make fun of it female-to-female bullying (think Mean Girls), acknowledge it, do the politically correct thing and say it’s wrong, but we don’t really ask ourselves why and how we got here. How did we get this bad?

Think about this: What is the only problem that seems to persist in spite of women’s economic advancement, legal rights, educational progress, sexual freedom, access to technological innovation and reproductive rights? What is it about our worth as individuals that inspires girls and women to behave so badly to one another? I think at its core it’s about beauty and body image. We can’t even say it’s about beauty in the context of our relationship or inequality to men, because it starts when we are children, long before adult relationships are even a concept in our minds.

Physical appearance is important for men and women. Studies have shown physically attractive people have its easier path for success. It’s the way it is. Yet, looks do not define men like they still define women, even in the most serious political, economic, and scientific platforms in the world. This is an ugly holdover from a time when women were legally the trophies and property of men, when our entire worth was once based on appearance, pedigree, purity and child-bearing ability.

Perception of our value in whether a woman is straight, gay, bi, white, black, brown, etc., is largely determined in this largely undefined competition where the competitors are only women in a world still ruled by men, however much we may love them.

I certainly don’t have the answers as to how to make bullying end. I am well aware that it never will end. The Internet has graced us with cyber bullying, a whole new way to potentially torment others and be tormented by others – except now they can quite literally be complete strangers to us.

The solution we can all easily utilize is as old as the bullying problem itself, and its nothing groundbreaking. Be nice. Don’t be a jerk. Be kind. If you can’t say something nice don’t say anything at all. Do unto others as you would have them do unto you. Don’t be an as**ole. And perhaps most important, when you see somebody being a bully, say something! Cruelty thrives in darkness, so shine a light on it. Just as Supreme Court Justice Stewart said he knew pornography when he saw it, you also know bullying when you see it.

A bully may not even stop because you said something, but the target will know that she was important enough that somebody spoke up. And we have to build up the self-esteem of our little girls, imbue them with confidence to be kind to other females and be able to take on the world, or at least their corner of it. Bullies build themselves up by tearing others down. If we build girls and women up enough, a lot of bullying would become obsolete. 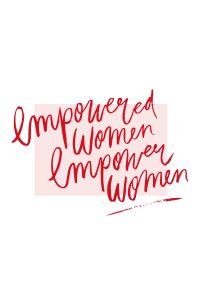 1 thought on “Bullies: Women vs. Women”