March is MS awareness month so I figured I would share a little bit about it. 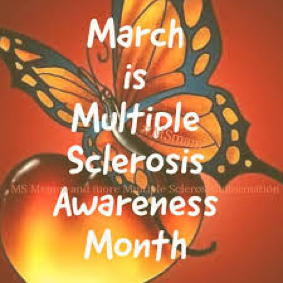 MS is the abbreviation for multiple sclerosis. It is a progressive neurological disorder. It is a potentially disabling disease of the brain and spinal cord (which is your central nervous system). In MS, the immune system attacks the protective sheath (myelin) that covers nerve fibers and causes communication problems between your brain and the rest of your body.  I know that can sound confusing.

Picture the cord that charges your cell phone. Sometimes the hard-plastic coating on the cord cracks. When that happens, a little bit of the wiring underneath gets exposed, and the signal gets messed up. So, your cell phone may not charge at all, or it might charge then stop, then charge, then stop. The intermittent function causes the phone to beep, go quiet, beep, go quiet, ad nauseam, until you quite literally rip it out of the wall and throw it in the garbage. If I do say so myself, this is an excellent, broad analogy for MS. The myelin sheath I wrote about is represented by the cell phone charging cord in my example. When your immune system attacks protective myelin, it basically cracks the myelin, creating ‘spots’ that are called lesions. The incredibly annoying intermittent charging indicator is like the nervous system signals that go haywire. 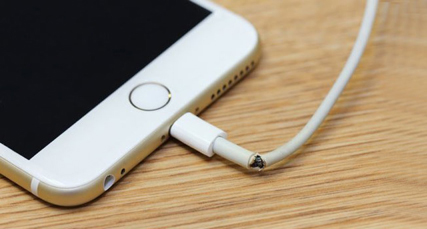 So, what causes MS? After much intensive research, still nobody knows what causes this soul sucking mess. A common theory is that it happens when a perfect storm sort of series of events take place – Like having low vitamin D, being exposed to certain viruses, and exposure to some environmental factors. MS is classified as a rare disease. It would be nice to be known as a rare gem, a rare wit, a rare human being, a rare friend. Winning the “Here, you can have a rare disease” life lottery is definitely not nice. 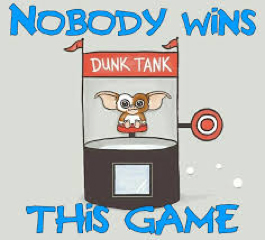 (If you don’t recognize this meme character, your Gremlins movie game is weak, and Stripe will explain it to you).

I once had an eminent neurologist tell me that if the lesion on my spine was a couple of millimeters over, I probably would never have known I had MS, and would be walking fine. I am not a violent person by nature, but I sincerely wanted to punch him in the throat. To this day I can’t imagine why he thought it was a good thing to tell me that. It was like having somebody tell me, “Wow, you have no luck at all.”

What are the symptoms of MS?

So, what are the symptoms of MS? There is no easy answer to that because everybody is somewhat different, depending on where the lesions are located, as I already explained. MS affects everybody that has it differently. It is a “your mileage may vary” kind of thing, as are many chronic conditions. Women and men both get MS, although mostly women suffer from it. Symptoms are the same for both. The symptoms and severity of anyone’s MS depends on where the lesions are (the spots in the myelin I explained about).

These are some of the most common symptoms:

Some people with MS have all of the symptoms almost all the time, some people have one or 2 symptoms, very seldom. You may work or go to school with somebody who has MS and never know it. And some people, like me, are basically trapped at home all the time.

Is there a cure?

No. There are treatments at least, that are supposed to slow progression of the disease, and reduce the frequency of flare-ups of symptoms. Flare-ups are also known as relapses or exacerbations. Flare-ups can be triggered by getting the common cold or the flu, having an infection anywhere in your body, stress, extreme temperature changes, and other things. Sometimes a flare up will happen and there is no way to explain why. I battled back to being able to walk 3 different times. After each time, a flare up or flare ups eventually made me worse and unable to walk again.

Over the years I have been on injectables Avonex, Betaseron, and Rebif. I have done the intravenous medication Novantrone twice, and Tysabri 24 times. I have done stem cell. And infused Solumedrol. Monthly treatments of Intravenous Immunoglobulin (IVIG), each lasting about 8 hours. Oral Prednisone. Vitamin therapy. The Swank Diet and other strict food regimens. Prayer. Meditation. Healing music. Acupuncture. CBD oil. Had my Chakras aligned multiple times. Crystal energy treatments. I have spent about 24 months of my life in hospitals and physical rehabilitation centers.

All that, and yet I have had people tell me that MS is mind over matter, and that if I tried hard enough, I could get better. Many people have no idea how many medications, treatments and other things I have done and tried over the last 20 years.  Like many people wrestling with medical issues, I don’t exactly go around chatting about it. Until now, apparently! 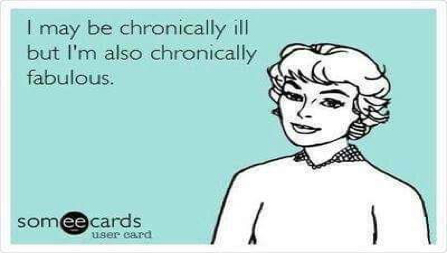