A few days ago, was the anniversary of the day my husband was killed. It is almost nauseatingly difficult to put into the written word the experience of a loss so deep it truly challenges me to adequately express it. Woven in through it all is the irrational feeling of being alone in this experience.

Loss is one of the costs of life. The sadness is mellowed a bit when we lose people to old age. True accidents, like falling off a roof, are devastating but again, accidents are a somewhat expected part of life. When we lose people to tragic illness it is certainly no easier a loss, even though the last being organic in some way. I’m not looking to create some hierarchy of tragedy and loss and suffering. It’s almost always horrible. But I do wonder if sharing my experience could help other people who are dealing with sudden, dramatic loss close by the direct action of another person.

As happens every year on this wretched anniversary I experience excruciating moment by moment flashbacks covering from a span of 3 days before that date until about a week after the anniversary date. The feeling is so acute, it is like watching it unfold on a giant movie screen in Technicolor clarity.

It was a very ordinary Wednesday in February. My youngest 2 children were going from upstairs to downstairs and back again, getting ready for the school day. Our son was in second grade, having just turned 8 about 3 weeks prior. Our middle child was 9 years old, in fourth grade, and I recall that she declared she wanted microwave pancakes with syrup for breakfast. They were both still thanking their Dad for the giant chocolate chip cookies he had brought them home from someplace in Penn Station the night before.  Our 12- year-old daughter, in seventh grade, was still upstairs; she was not a morning person. 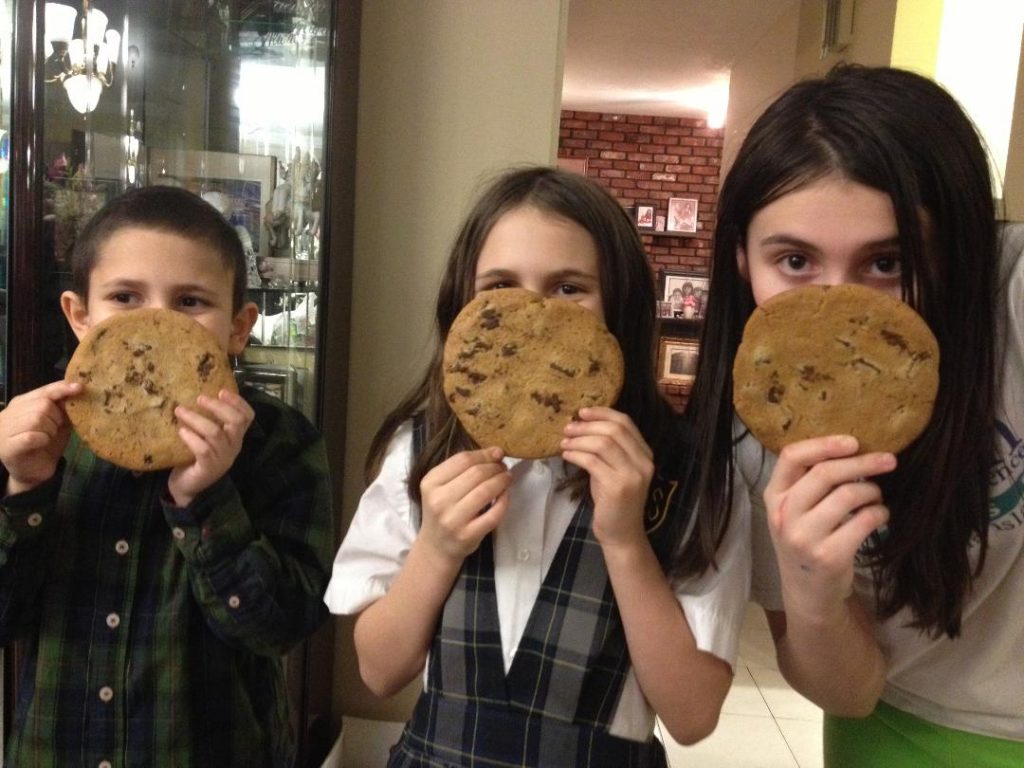 I had been up earliest that morning, as well as my usual habit. I checked the weather report for the day and the news headlines. I also checked for any reported delays on the Long Island railroad. Chris’ commute to his office involved driving to the train station, taking the train into Penn Station in Manhattan, walking or taking the shuttle bus to the ferry depot, and then taking the ferry over to New Jersey where his office was located. Here is a snippet of a video clip he texted to me one morning on his way across the water:

I have learned that in the wake of great trauma the mind can compartmentalize memories into intense flashes. One of my most vivid memories of that morning is when Chris turned around in our living room and his long navy-blue wool overcoat flared around his knees. I reminded him to take a scarf because it was so windy, and he pulled a length of dark red knit fabric out of his coat pocket show me he had one ready. He quickly kissed me goodbye again. We exchanged “I love you” and “See you later.”  Never in a million years did I ever imagine that the next time I would see him would be in casket at the Funeral Home.

Our military personnel and first responders have noble jobs that routinely put them in harm’s way. There are the organic health risks everybody is subject to in life, not knowing if a tumor, or cancer, or a heart attack, or an aneurysm is suddenly going to level us.

Chris was working in the financial district of Manhattan when the World Trade Center bombing happened 1993, and when the World Trade Center towers were attacked and collapsed in 2001. Although the office for the position he held at the time he was ripped away from us was in Weehawken, New Jersey, we understood very clearly that terrorism was always a risk when he went to work.

My husband had advised me ahead of time that he had to work late that Wednesday. Chris was a regulatory specialist for an international financial firm, and he was busy helping prepare the firm for an upcoming audit. Downstairs in his office building was a chain restaurant. A Houlihan’s I think. He dined there with a colleague then went back up to his office for bit longer. He called to let me know when he was leaving the office. Later, he texted from a train transfer point, Jamaica Station. It was after 8:30 PM. Our children had long since had dinner. He told me not to worry about him for dinner that he would grab something on the way home most likely. Chris ask if I could make sure the kids stayed awake until he got home; coming home was the highlight of his day.

45 minutes later I expected him any moment to be walking in the door. But he didn’t. And the nervous feeling started inside me. I called his phone, no answer. I texted, no reply. 10 minutes more and I did it again. No reply.

In my mind I theorized that his phone battery had died – it did happen at times.  Now my daughters were getting nervous and my son had fallen asleep in the first-floor master bedroom.  My anxiety level kept rising and I kept assuring the girls that everything was OK. They were too young to recognize I was using forced bravado and was really panicking inside. I physically remember the feeling of that panic rising up to my chest and into my throat.

Our house is a mother daughter, and my father had the utility apartment on the East side of the second floor. I telephone him upstairs and asked if he would go out and drive the most likely path to the train station because Chris probably had gotten a flat tire. Or he somehow got stuck with the minivan. Maybe the car battery had died, and his phone battery had died so he couldn’t call me. It was possible.

Just 5 or 6 minutes after my father left the house, our doorbell rang. Knowing it would take me a long time to get there, my eldest daughter ran for it. I heard muffled voices and then she re-entered the room with 2 men on her heels. I recall thinking how tall they were. In retrospect, from my sitting position they may have just seemed that way.  Both were wearing long winter overcoats, one a charcoal grey, the other black. They introduced themselves quickly. Both were county detectives.

I suddenly could tell that I had started trembling. One said he regretted to tell me my husband had been in an accident. I could feel my heartbeat pounding in my ears as I struggled to stand up. I told them I was disabled, that they would have to drive me. I asked them which hospital Chris was taken to.

“He did not survive his injuries.”

Those were the careful words one of the detectives used to break my heart and destroy our world. I remember I couldn’t breathe. My knees buckled. I fell back into the chair. My older daughter started screaming and asking if her father was dead. My other daughter joined in crying. My head was spinning, and everything got blurry then darkened. The sound of our daughters’ distress started to get muffled.  I clearly remember telling myself I couldn’t pass out because the kids needed me. Suddenly another man who I had not even realized was there, was asking if he could give me oxygen; the detectives had brought with them somebody from EMS, or had that person meet them at my house. In the midst of everything I distinctly remember thinking that it was thoughtful of them to do so, and that they must have had experience giving people terrible news.

Those few words ran continuously through my head like a frantic litany. I was trying to comfort my hysterical daughters while trying to make sense of what was going on. I gave the detectives a couple of numbers to call.  They left more information and stayed until my father returned home and Gina, my closest friend, showed up to help take charge of the situation and all of the calls that had to be made.

I remember that I couldn’t stop shaking, and that I was so very cold.

The memories of that night and all that followed are always with me, but on the anniversary of the crash, the memories proceed like a hideous and gruesome countdown clock. I frequently wonder if everybody goes through this same ugly phenomenon, and I have come to the conclusion that undoubtedly many people do.

I am not a psychiatrist, psychologist, social worker, mental health professional, medical professional or any type of expert at all on trauma and grief and processing it all. Aside from a single session with a psychologist at a physical rehab center about a year after the crash, I have never discussed this with anybody that fit any of those categories. So please take this just for what it is – my personal experience shared in case it helps anybody else.

2 thoughts on “The Day He Died”